Strike: We recorded over 95% compliance in UNILAG, 100% in LASU, say SSANU, NASU 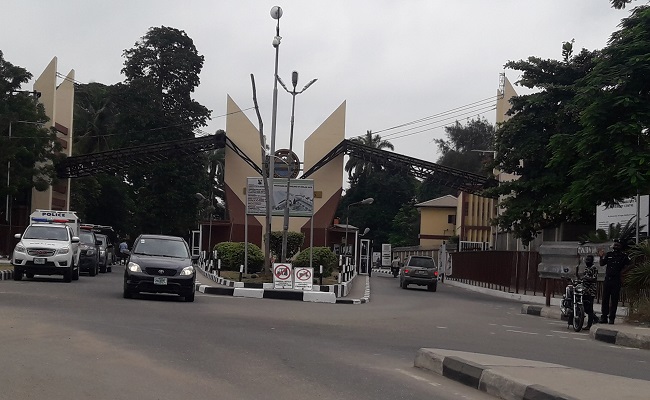 Non-academic activities were grounded on Monday at both the University of Lagos (UNILAG), Akoka and the Lagos State University (LASU) Ojo, as non-academic staffers of both institutions stayed off duties to join their colleagues in other public universities in the country to commence an indefinite, total and comprehensive strike.

The industrial action is in line with the directive from the Joint Action Committee (JAC) of their various unions, namely: Senior Staff Union of Nigerian Universities (SSANU), Non-Academic Staff Union (NASU) and the National Association of Academic Technologists (NAAT).

SSANU and NASU embarked on the industrial action declared since midnight of last Friday to press home the demands on certain issues bordering on salaries, welfare and allowances from both the federal and state governments.

Consequently, majority of workers concerned did not bother to come to campus while few who came were to avoid boredom at home and yet few others who reported at their duty posts in UNILAG for example, were driven out of their offices by the leadership of the three unions.

The leaders had been on the ground as early as 6.00 am, according to them, moving around offices to ensure members fully comply with the order.

Speaking with Nigerian Tribune exclusively, chairmen of both SSANU and NASU, Sola Sowunmi and Kehinde Ajibade of UNILAG said over 95 per cent of members complied with the directive while their colleagues at LASU, Saheed Oseni and Moruf Ige respectively, said they recorded full 100 per cent compliance.

They said they were able to achieve such a high level of compliance largely because they were all fed up with the government insincerity to give to them what they are legally entitled to as workers.

They said their members were also well sensitised and educated on the issues and the need to jointly fight for the course.

They vowed to resume monitoring of the compliance on Tuesday and repeat same subsequently at both their main and satellite campuses till the strike lasted.

Now, one of the immediate adverse effects of the strike as far as LASU is concerned is the indefinite postponement of the last paper of the first semester examination of the 2019\2020 academic session which was to be written by students from 100 to 300 levels.

The exam is General Nigerian Studies (GNS) and the Director of the centre for GNS, Prof Biodun Akinpelu, who announced the postponement in a statement made available to Nigerian Tribune by the university’s spokesman, Mr Ademola Adekoya on Monday, attributed it to the strike.