Stress does not manifest as white hair —Expert 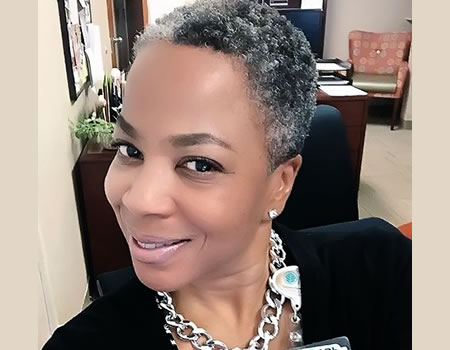 It is commonly believed that stress may lead to hair becoming white prematurely, but in this report by SADE OGUNTOLA experts say genetics or ageing causes greying hair and nothing can prevent or reverse the process.

Nine days into office, Lagos State governor, Babajide Sanwo-Olu, said he had been grappling with the strains of running the state.

President Muhammadu Buhari also in May said the then acting Inspector-General of Police had lost some weight due to his drive to curtail insecurity in the country.

Between the photographs of President Barack Obama taken before he ran for president and when he left office, there is also a distinct difference; a predominantly dark brown portion now has far more grey than brown.

It seems that the stress of office would cause weight loss or turn any person’s hair grey. But is stress really to blame? From the English martyrs in the 16th century to World War II bombing survivors, history is replete with accounts of hair turning grey or white overnight due to stress.

The medical name for the sudden whitening of the hair is canities subita.

No doubt, stress can be both good and bad. For instance, Professor Mayowa Owolabi, a consultant neurologist, University College Hospital (UCH), Ibadan, says excessive or bad stress can cause damage in the body.

“Overtime, stress starts to cause damage to the body, including the blood vessels. Of course, it can be associated with high blood pressure. That is why we say that prolonged or excessive stress should be avoided. We found that stress can be a risk factor for stroke,” he said.

Nevertheless, doctors argue it is medically impossible for hairs which have already formed to change colour due to excessive stress, dismissing the claim as a myth.

“Stress and grey hair are not connected; grey hair is an ageing process,” said Dr Olanrewaju Falodun, a consultant dermatologist at the National Hospital, Abuja.

According to Dr Falodun, some individuals can develop grey hair while they are young because of some of their genes, but individuals cannot grow grey overnight due to stress.

He declared that although usually, most people develop grey hair as they get older, it is difficult to relate stress to hair growing grey scientifically.

“Stress does not manifest as grey hair. It has really no relationship with stress, even though sometimes, people will say such things as “can you not see that I am greying because of what I am passing through,” he stated.

According to him, “This will not be the normal greying that people see; it has its own pattern.”

Vitiligo causes melanocytes, the cells at the base of hair follicles that produce colour to be lost or destroyed. This is perhaps because the immune system “misfires” and attacks the scalp rather than an infection.

Alopecia areata is a disorder in which patches of hair may be suddenly lost, especially the coloured (non-grey) hairs. This may lead to “overnight” greying because previously present grey or white hairs suddenly become more obvious. When hair growth resumes, it may be white or grey, but coloured hair may eventually return.

Moreover, race and ethnicity both play roles in premature greying. Scientists haven’t figured out why yet but a study said that white people start going grey in their mid-30s, Asians in their late 30s, and African-Americans in their mid-40s.

Hair gets its colour from two types of melanin pigments-eumelanin, which dictates how dark the hair is, and pheomelanin which determines how red or yellow it is.

With age, the cells in hair follicles stop producing these pigments and the resulting hairs are colourless (canities subita). Eventually, the overall effect of a combination of coloured and colourless hair, especially in people with dark hair, is grey.

For most people, the gradual loss of this pigment in the hair over time is not noticeable until the number of white hair strands reaches critical mass.

Interestingly, while being under stress can’t turn hair grey, stress can trigger a common condition called telogen effluvium, which causes hair to whittle at about three times faster than normal.

Also, University of Alabama, Birmingham researchers suggested that genes that control stress hormone can trigger changes in the hair follicles which produce colour.

They found the ‘surprising’ link between genes that control hair colour and genes that signal to the body when there is stress, such as by serious illness or from some other shock, that it is time to fight off an infection.

According to them, as well as ‘turning off’ hair colour, it can also turn off colour in the skin – leading to the disease vitiligo.

The research, which was carried out on mice and published in PLOS Biology, stated that cells of the body when under attack produce chemical signals called interferons.

These interferons make our cells’ machinery undergo changes that thwart viruses and generally boost defences. But the unexpected side effect of the defence system is that it turns off cells that produce hair colour.

But in some instances, grey hair may indicate more than our biological age: It could signal other health issues. A 2017 study published by the European Society of Cardiology said that grey hair is linked with an increased risk of heart disease in men.

In the study, researchers found that a hair score of three or more was associated with increased risk of coronary artery disease independent of chronological age and established cardiovascular risk factors such as hypertension, diabetes and smoking habits.

The amount of grey hair on each man’s head was graded on a scale of one to five, with one being almost none and five being pure white.

Also, chemical hair dyes and hair products, even shampoos, can contribute to premature hair greying. Many of these products contain harmful ingredients that decrease melanin.

Hydrogen peroxide, which is in many hair dyes, is one of such harmful chemical. Excessive use of products that beach hair will also eventually cause it to turn white.

Howbeit, there are plenty of good alternative explanations for people such as President Obama, who go visibly greyer during a period of extreme stress over months or years. They are usually at an age where many of their unfortunate follicles are on their last pigment cycle.

Also, there is the tendency to ignore those who grey early and don’t seem particularly stressed. That gets put down to genetics rather than stress.

So no matter how stressful life may become, it might help to know that although it is possible to reach pigmentary potential a little ahead of schedule, it has nothing to do with growing grey overnight.