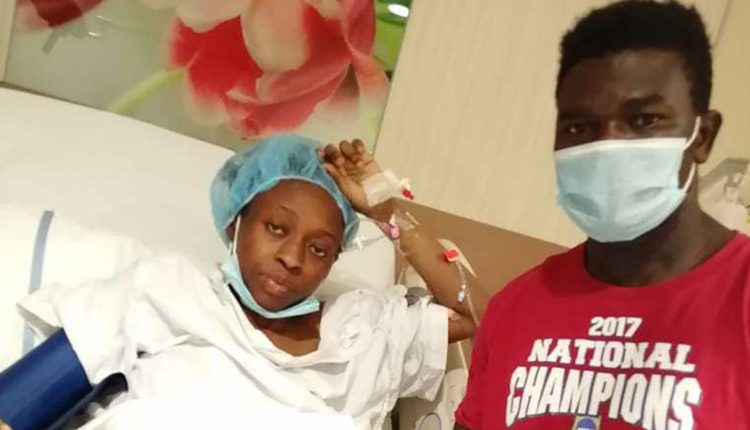 Dubai’s Crown Prince, Sheikh Hamdan bin Mohammed bin Rashid Al Maktoum, has paid the hospital expenses of a stranded Nigerian woman and her quadruplets stranded in the city with mounting medical bills, according to the hospital. 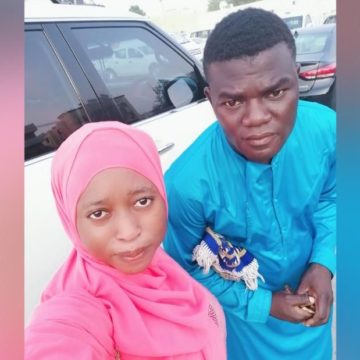 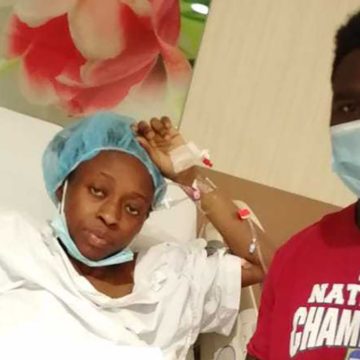 Suliyat Adulkareem, 29, gave birth to the babies, two boys, and two girls, at the Latifa Hospital for Women and Children on July 1.

They were born prematurely at nearly 31 weeks through an emergency C-section and placed on ventilators at the neonatal intensive care unit, the hospital said in a statement.

However, the family had no medical insurance and racked up more than $108,000 in medical expenses since the quadruplets were born, their father, Tijani Abdulkareem, told the Cable News Network (CNN).

The Nigerian community and other nationals in Dubai rallied around them to help raise around $11,500 to pay part of the bills.

The Crown Prince stepped in to pay the bills after he came across the initial CNN report highlighting the family’s story.

He was moved by their plight and informed his office to assist the family, the hospital said.

Abdulkareem told CNN he was shocked by the prince’s generosity, and the couple have decided to name two of their babies after him.

One of the girls will also be called Latifa after the hospital, he said.

“It’s just a huge favour, and we are still in shock because we didn’t even know how to get the money. I had been sleepless wondering how to pay the bill,” Abdulkareem said.

Abdulkareem, a chef at a restaurant in the city, said he was distressed when he discovered his wife was going to have quadruplets.

Latifa hospital CEO, Muna Tahlak, said the hospital staff are “overwhelmed” that the country’s ruler has pledged to cover the full medical bills of the quadruplets who are still being cared for at the health facility.

The babies have gradually been taken off ventilators and two of them now weigh 1.8 kilogrammes. Doctors expect they will soon be strong enough to go home.

The couple, who live in Dubai, had planned to have the babies in Nigeria because they could not afford medical insurance but were unable to travel because of the coronavirus air restrictions that prevented commercial flights between the two countries.

The elated father said the family has received “unbelievable” support from the Nigerian community, and various nationalities which has helped them pay for two months rent for a bigger place to accommodate the quadruplets.

“We have been getting calls from Portuguese and Brazilian nationals in Dubai. People have been trying to reach us. The Nigerian community has been following us every step of the way,” Abdulkareem said.

Chairwoman of the Nigerians in the Diaspora Commissio,n Abike Dabiri-Erewa, whose agency has been evacuating citizens stuck abroad, said the country’s embassy in Dubai had contacted the family.

“The mission is on top of the matter and is in constant touch with the family,” Dabiri-Erewa said.

Presidency sends EFCC zonal heads, others back to Police
THE Presidency has ordered some zonal heads and sectional heads in the Economic and Financial Crimes Commission (EFCC) who are police officers to return to the police headquarters… Read Full Story
After Over Four Weeks In Isolation, Oyo Commissioner For Sports Tests Negative For COVID-19
After spending over four weeks at the isolation centre following his testing positive for coronavirus on June 24, the Oyo State Commissioner for Youths and Sports, Mr Seun Fakorede, on Wednesday announced that he had tested negative for the disease… Read Full Story
Southern Kaduna attacks being carried out by militia, Reps tell FG
THE Southern Kaduna caucus in the House of Representatives on Wednesday called for the Federal Government’s intervention in identifying and halting the financiers and members of the militia groups involved in the indiscriminate killings and kidnapping of innocent Nigerians, including children and women… Read Full Story
Public Schools Still Not Primed For Reopening — ASUU Insists
THE Academic Staff Union of Universities (ASUU) says that neither the federal nor the various state governments have put anything in place to suggest that the protocols they reel out as control measures against COVID-19 will be implemented in their own schools… Read Full Story