story Behind the hymn: ‘Amazing Grace’ 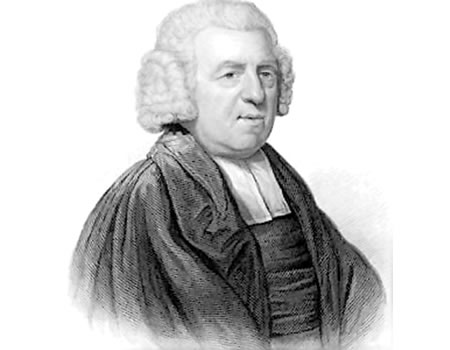 “Amazing Grace” is probably the most beloved hymn of the last two centuries. The soaring spiritual describing profound religious elation is estimated to be performed 10 million times annually and has appeared on over 11,000 albums. It was referenced in Harriet Beecher Stowe’s anti-slavery novel Uncle Tom’s Cabin and had a surge of popularity during two of nation’s greatest crises: the Civil War and the Vietnam War. Between 1970 and 1972, Judy Collins’ recording spent 67 weeks on the chart and peaked at number 5. Aretha Franklin, Ray Charles, Johnny Cash, Willie Nelson and Elvis are among the many artists to record the song. Recently, President Obama burst into the familiar tune during the memorial service for Reverend Clementa Pinckney, a victim of a heinous church shooting in Charleston, South Carolina.

JUST IN: Action Alliance National Chairman not kidnapped, he was…

Ironically, this stirring song, closely associated with the African-American community, was written by a former slave trader, John Newton. This unlikely authorship forms the basis of Amazing Grace, the new Broadway musical (written by Broadway first-timer Christopher Smith, a former Philadelphia policeman, and playwright Arthur Giron) which tells Newton’s life story from his early days as a licentious libertine in the British navy to his religious conversion and taking up the abolitionist cause. But the real story behind the somewhat sentimental musical, told in Newton’s autobiography reveals a more complex and ambiguous history.

Newton was born in 1725 in London to a Puritan mother who died two weeks before his seventh birthday, and a stern sea-captain father who took him to sea at age 11. After many voyages and a reckless youth of drinking, Newton was impressed into the British navy. After attempting to desert, he received eight dozen lashes and was reduced to the rank of common seaman.

While later serving on the Pegasus, a slave ship, Newton did not get along with the crew who left him in West Africa with Amos Clowe, a slave trader. Clowe gave Newton to his wife Princess Peye, an African royal who treated him vilely as she did her other slaves. On stage, Newton’s African adventures and enslavement are a bit more flashy with the ship going down, a thrilling underwater rescue of Newton by his loyal retainer Thomas, and an implied love affair between Newton and the Princess.

‘Gospel musicians too are not perfect, they need divine guidance’