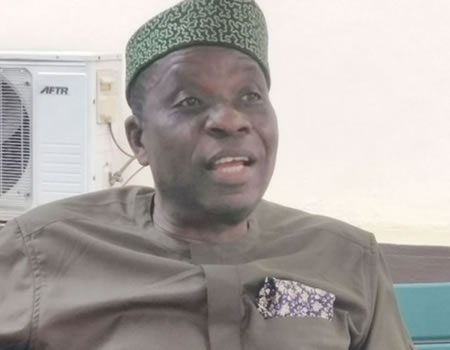 The National Vice Chairman of the ruling All Peoples Congress (APC), South West, Mr Bankole Oluwajana,  has appealed to the nation’s politicians to keep their 2023 ambition in the cooler, for now, and allow the newly-elected officers concentrate on the tasks of giving Nigerians the dividends of democracy.

Oluwajana, who made the appeal in Lagos in a chat with select journalists, on Thursday, argued that since the nation had just concluded a general election, less than a year ago, it would be a great disservice to the electorate for politicians to start talking of 2023 elections, this time, when they had not even fulfilled the promises made at the last electioneering campaign.

“I think we should allow those elected, time to settle down and begin to fulfil their promises to the people. It is rather too early in the day to start talking of 2023, when we just had a general election, less than one year ago.

“Besides, I think we politicians also need rest. We have just come out of a general election, that took time and energy, so allow us to rest first before we begin to talk of 2023  elections,” he stated.

Oluwajana, however, expressed delight that the South West region is being seen as a major contender for the presidency in 2023,  while stressing the need for politicians in the region to be united so as to fully harness the opportunities that might present themselves, in 2023.

The APC chieftain also used the opportunity to dismiss rumours, making the rounds of a cold war between the incumbent governor of Ondo State, Rotimi Akeredolu and his Deputy Governor, Barrister Agboola Ajayi, adding that the leadership of the party in the region had not received any formal report from any of the two gladiators in the state, concerning this.

Oluwajana, however, called on Nigerians to be patient with  president Muhammadu Buhari as he embarked on the onerous tasks of turning the nation’s economy around, adding that some of the policies of the government had begun to yield fruits.

According to him, the decision of the federal government to close the nation’s land borders, would at the end of the day yield positive results since it would compel  Nigerians to look inwards and explore the abundant  opportunities, waiting to be tapped in the country.

Oluwajana also expressed his optimism that the party would come out victorious at the governorship polls, scheduled to hold this year in Ondo State, adding that the incumbent government in the state had done a lot in terms of infrastructure development to give the party  a second term mandate from the people of the state.

Buhari retiring in 2023 is a new year gift ― Olafemi