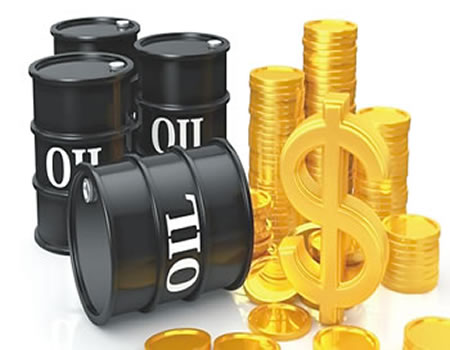 OIL marketers have appealed to the Federal Government to pay them over N650 billion subsidy arrears to reverse the gale of retrenchment sweeping across the sector and sustain their operations.

The marketers under the aegis of Major Oil Marketers Association of Nigeria (MOMAN) made the appeal in separate interviews with the News Agency of Nigeria (NAN) in Lagos, on Saturday.

The Executive Secretary of DAPPMA, Mr Olufemi Adewole, said the failure of the Federal Government to pay the money had a negative effect on the operations of oil marketers.

He said while many marketers were forced out of business, others were struggling to survive.

Adewole also said the delay in settling the subsidy arrears was threatening investment in the downstream sector.

The DAPPMA scribe said although the federal government had earmarked money to clear the debts, the marketers were yet to be paid.

“We have written many letters to the government on the need to salvage the downstream sector from total collapse by paying marketers’ the huge debts owed them but nothing has been done as I speak with you.

“We are told that both the legislature and executive are working on the payment which government had for long promised.

“In 2017, the government told marketers that the money had been approved for payment. Up till now, marketers have not received a dime,” he said.

According to him, oil marketers, faced with increasing burden of borrowing to pay salaries had no option than to embark on retrenchment.

Other marketers who spoke to NAN on conditions of anonymity, said majority of the marketers were indebted to banks because they had to borrow to pay workers’ salaries.

“Retrenchment became necessary as some marketers have already closed their depots, while others have reduced workers’ salaries by 75 per cent due to their inability to sustain the payments.

The marketers, therefore, urged the Federal Government to expedite action on the payment of the subsidy arrears to sustain investments in the sector.

The Chairman of South-West Chapel of the Nigeria Union of Petroleum and Natural Gas Workers (NUPENG), Mr Tayo Aboyeji, confirmed to NAN that oil marketers had been disengaging workers due to non-payment of their subsidy arrears and other factors.

Aboyeji said the situation had made some depots to convert workers into contract staff.

“Government should find a way to pay the marketers as all parties had reconciled the accounts and agreed on the payment model,” he said.

A source at the Petroleum Products Pricing Regulatory Agency (PPPRA) who declined to be mentioned told NAN on phone that the agency had prepared and sent what was due to marketers to the Debt Management Office (DMO).

“We have long prepared and submitted their outstanding claims to the DMO office. The DMO should be in a better position to to give an update to the payment,” the source said.

“The President has approached the National Assembly to give approval to issue promissory notes to oil marketers and others owed arrears by government but it has not been approved,” she said