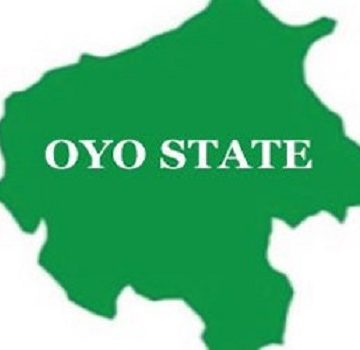 THE Chairman of Shooting Stars Football club of Ibadan (3SC), Mr Gbolagade Busari has cautioned the gubernatorial candidate of the Peoples Democratic Party (PDP), in Oyo State, Mr Seyi Makinde, to desist from his projection of doom over the position of the club in the Nigeria National League (NNL).

Mr Busari in a statement in Ibadan on Wednesday urged Makinde to face his gubernatorial aspiration instead of projecting doom for the 3Sc which is currently chasing promotion to the Nigeria Premier League as the team has already qualified for the Super eight.

Buhari said it is rather unfortunate for a politician gunning to govern the state to be predicting doom for the darling team of the people of the state and by extension, the South West, saying that Makinde should rather focus on his political endeavour instead of dabbling into the terrain he is naïve about.

The 3SC boss said that the Oyo State Government will be ready to finance a public governance course for Mr Makinde to be equipped on governance matters, adding that his outbursts over governmental issues shows a pathetic lack of understanding of public governance, emphasising that he needs to learn more on the day-to-day operation of public institutions in order to understand and appreciate that running a sole proprietorship is not the same as governing a state.

Busari described as disappointing, utterances by Makinde that Governor Abiola Ajimobi did not support the team, adding that, “3SC has the backing of the governor financially and the welfare of the players is a top priority.

“Today, 3SC with the least goals conceded in the national league is and the highest number of goals scored is on course for promotion alongside Bendel Insurance FC because we are the two best clubs in our group with 29 and 28 points respectively.

“It is mischievous for Mr Makinde to be politicising Shooting Stars’ football club affair and predicting that the team has failed to qualify for promotion to the Premier League, even when the league is not yet concluded,” the 3SC boss said.

Busari said the last match of the team in Benin was well attended by officials of the State Government led by the Commissioner of Youth and Sports, Mr Abayomi Oke, the Special Assistant to Governor Ajimobi on Youth, Hon Bolaji Repete, Chairman of Oyo FA and thousands of supporters who were given free transportations on Ajumose Buses to support the team.

He added that Governor Ajimobi has given the club the mandate to get back to the Nigeria Premier League, assuring that the team is confident of promotion this season.

“The welfare of the Shooting Stars is one of the best in the country and this a testimony of the commitment of the Governor to make the dream of promotion a reality. We advise Mr Seyi Makinde to focus primarily on his ambition and desist from using Shooting Stars as a tool to achieve his ambition,” Busari added.