Still on the victims of xenophobia 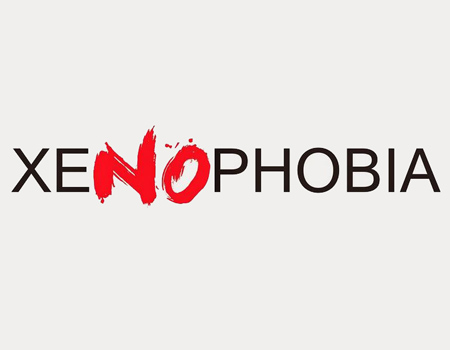 NIGERIANS who were willing to start life afresh having escaped death in South Africa are now back home. They have chosen to put behind them all the traumatic experiences they went through in South Africa, which left them with two choices: life or death. They were welcomed with smiles on our faces, filled with gratitude that they had escaped from the hands of the wolves in South Africa. Their return was indeed a thing of joy coupled with deep pity and concern. They returned despondent, befuddled, injured and deficient; having lost loved ones and properties they worked hard to acquire. I have not stopped wondering how this great vacuum will be filled. An  adage says there is hope for a tree whose roots are still in the earth. We are thankful that they returned to Nigeria alive.

Reminiscing on how it all started, we will all remember the gory details. It was reported that there was a fight between some foreigners suspected to be Tanzanians and South African taxi drivers, which led to the death of a taxi driver. There was no shred of evidence that the deceased was killed by a Nigerian, or even the Tanzanian in question. Logically, there could have been several factors which led to his death. It could have been through excessive drug intake or other unidentified causes. Yet, the unpleasant outcome of the fight triggered the cynical and terrorist trait in the notorious South African thugs who habitually attacked foreigners, including Nigerians. The day after the incident happened, some taxi drivers went on a mass protest early in the morning, which degenerated into violence. During the vicious protest, some of their fellow criminals joined them and started looting foreigners’ stores, burning houses and shops belonging to foreign nationals in the Pretoria Central Business District on Lilian Ngoyi Street.

Given the vicious criminal acts which claimed the lives and properties, many had hoped that the South African government would act fast and curb the mayhem. Sadly, we were shocked by the government’s nonchalant attitude towards the killings and looting by its citizens. One of the foreigners residing in one of the areas that were attacked  said South African security agents refused to come to the aid of the victims even after they had made several calls to them.  Nevertheless, Mr Allen Onyema, the Chief Executive Official Air Peace, volunteered to give free trips to Nigerians who were willing to come back home.  At the moment, it is reported that over 600 Nigerians have returned from South Africa. Also, the level of generosity showed by philanthropists like Mr. Onyema and Prophet T. B Joshua, as well as the Lagos State government, among others, cannot be overlooked. They showed the real attributes of good citizens of Nigeria through the act of giving. This helped to some extent in easing the burden of the returnees.

Speaking of the Nigerian returnees from South Africa, it appears that we are leaving aside the needful and concentrating on the needless. When the returnees arrived from South Africa, they received a token of N30,000 from the Federal Government and two months worth of airtime as a means of sustenance. Truth be told, the money and airtime might be the only thing some of this returnees could rely on for survival. What has the government been doing so far to help these people so that they could start life anew and cater to their basic needs?  If we want the presence of the returnees herein Nigeria to be a peaceful one, I think there is a lot more to do than the two month worth of airtime and N30,000. In order not to increase the high level of social vices that have become rampant in our society, the government needs to act fast. During the evacuation process, it was reported that some Nigerians got into South Africa through illegal means. As a result, they were denied access to the plane meant to convey Nigerians home until proper verifications about them had been carried out. While the local media in South Africa reported that there are 800,000 Nigerian nationals in South Africa, the official South African records showed that there are  only 30,000 Nigerians in South Africa. However, it is not clear if the official  record includes undocumented immigrants.

Early this year, the issue of Nigerian illegal immigrants in the European countries was officially addressed. According to the European Union, one in every 10 illegal immigrants in Europe between 2015 and 2016 was a Nigerian.  However, the population of Nigerian citizens moving to other countries through illegal means has not diminished. Rather, it is increasing. One of the contributors to the discourse, Moses Siasia, said that the bad economy of the country had made many skilled Nigerians to become slaves in foreign lands. His words: “The margin of the take-home difference by workers leaving abroad and in Nigeria is high. That is why Nigerians want to leave the country.” Besides, increase in social vices is one of the major risks the presence of the returnees might have on the society. If the issue of unemployment is not tackled with effective and lasting solutions, some of these returnees might resort to  illegal and indecent acts such as prostitution, cybercrime, drug dealing and other fraudulent activities as means of survival. As a result of this, the image of the country would then be further tarnished. It is unfortunate that it has become a norm that whenever returnees are dropped at the airport, nobody cares about their survival but rather, everyone leaves them to their fate.

Blessing  Emmanuel, a mother of two who lost her husband in previous xenophobic attacks, gave an account of the traumatic experience she had in South Africa. She said: “I have two kids who I was struggling to care for and send to school. My husband was shot and killed during the previous xenophobic attack. I used to own a canteen where I sold Nigerian delicacies, but the entire shop was destroyed in the attack.” For someone like Mrs Emmanuel who lost almost everything in South Africa,  apart from her life and her children’s, life can be very traumatic indeed. If the returnees are not shown love, affection and concern, with words of encouragement from us all with sincere hearts, some of them might commit suicide.  In June this year, it was reported that 91,885,874 Nigerians were extremely poor. Yet, even with the current precarious economic situation in the country, more than 600 returnees who were almost annihilated in South Africa are again back home. Where should they start from?  How will they cope in a society where almost half of the populace lives in extreme poverty? Some of the returnees moved to South Africa due to frustration occasioned by unemployment and insecurity in Nigeria.

Now the question is: Where should they start from? Some of the reasons Nigerian are not willing to leave South Africa is the poor electricity supply in most areas in Nigeria. If the government can guarantee uninterrupted power supply, about 75 per cent of Nigerians in South Africa will return home. This is because businesses need uninterrupted electricity supply. Also, insecurity is a matter  grave concern in the country. If the lives and properties of people are secured, it will encourage Nigerian citizens aboard to come home and invest. A safe environment is an essential factor considered before setting up a business. No investor is willing to set up an organisation in a tensed environment.  I hereby implore the federal and state governments to make proper arrangements to engage the returnees byway of doing something that would enable them to earn a living to save them the temptation of embracing indecent means of survival.

In conclusion, my advice for the Nigerian government is that it should make this country a place of pride for Nigerians. We have intelligent and hardworking Nigerians. Government should create job opportunities for people because this is the primary reason why people are leaving this country to find solace in other countries. There should be improvement in all sectors such as  agriculture, education, health,security and the likes. Government should encourage and help Nigerians to actualise their dreams.

Ganduje promises to solve challenges of NYSC in Kano

Of Ogun and inclusive governance