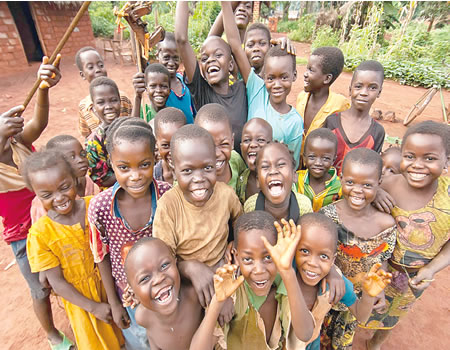 THE last time we commented on the challenge of out-of-school children in the country, the figure was 10.5 million. That figure was by all standards damning, but the latest figure is reportedly 13.2 million. In other words, all efforts and strategies (if any) put in place to address the critical developmental challenge have not only been ineffective, they seem to have achieved a diametrically unintended result.  An escalating number of out-of-school children in 21st century Nigeria is a sad reality that should unsettle not only the political leadership but also the elite in the society as it exemplifies failure on the part of this privileged class.

The regional and gender distribution of the negative statistics is equally worrying. An official of the United Nations Children’s Fund (UNICEF), Ms Pernille Ironside, has attributed 69 per cent of the out-of-school children to the northern part of the country while 60 per cent of the total number are girls. Bauchi and Katsina states contribute the highest figures of 1.1 million and 781,500 respectively.  The preponderance of uneducated children left on  the streets to fend for themselves in many northern states reflects the skewed distribution. But the balance of 31 per cent out-of-school children located in Southern Nigeria is also intolerably high. The situation is inimical to growth, especially in this age of knowledge income where, contrary to Adam Smith’s classical position, human capital is the greatest resource. There can be no overemphasising the fact that quality human resource capital is a function of sound education.  This is why the UNICEF’s alarm about the increasing number of out-of-school children in the country and its warning that Nigeria is losing out on skilled workers should not be taken with levity.

It is dangerous and growth-retarding for over 13 million of a country’s population to lack basic education. The hope of such a segment of the population for a reasonable livelihood is in jeopardy and they can hardly be active economic actors or contributing citizens to their families, communities and country.  Even in a country like Nigeria where there is a challenge of unemployment owing to the parlous state of the economy, it is still good wisdom to be educated. Education will help in navigating the critical challenge and it is the educated and those with the requisite skills that can take advantage of improvement in the economy if and when it happens.  On the other hand, children who are out of school are prone to crime. They easily become willing tools in the hands of mischievous adults to wreak havoc on the society. For instance, it has been said that it takes as little as N5,000 for many to take precipitate decisions like accepting to serve as suicide bombers because uneducated persons are prone to making  poor judgments, sub-optimal decisions  and bad choices.

There are religious and cultural barriers that tend to put basic education behind in the pecking order but these are barriers that decent and progressive societies have outgrown. For instance, a recent empirical study reveals that over 26 per cent of parents in the North prefer to send their children to Quranic education centres instead of schools where they can receive basic education. Yet the significance of basic education is clear to all, as virtually every society feels the impact of science and technological advances in its daily life. While the moral lesson that Quranic schools/seminaries teach is good for the children, the situation becomes even better when it is complemented with basic education. Thus, an arrangement that can integrate both forms of education and expose the children to them will help a great deal in reducing the population of out-of-school children.

Though the challenge is obviously more serious in one section of the country, it is by all means a national issue.  Governments at all levels must therefore step up their game and stop toying with the country’s future. And since what gets measured tends to get done, accountability may be critical in confronting this challenge. For instance, if, from time to time, the councillor, local government head and the governor can be held accountable for the variations  in the  population of the out-of-school children in their ward, local council area and state respectively, they are likely to brace up to the challenge in a more pragmatic and solution-oriented fashion.  The elite, traditional and religious leaders have roles to play too. Indeed, all hands must be on deck to ensure that the out-of-school children go back to school. It is axiomatic that if those children are not given basic education, the future is imperilled and that must not be allowed to happen because it is patently avoidable.

The ordeal of citizen Chioma in Ebonyi State