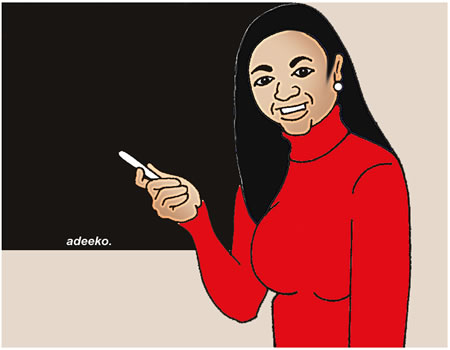 As part of the activities marking the annual World Teachers’ Day (WTD) in 2020, the Federal Government of Nigeria announced a jack-up of the retirement age of teachers in Nigeria from 60 years of age and 35 years in service to 65 years and 40 years respectively. This new retirement age was announced by no less a person than the Honourable Minister of Education, Mallam Adamu Adamu, on behalf of Mr. President, while addressing teachers at the WTD on October 5, 2020. Expectedly, the news was received cheerily by the army of teachers across the nation’s education sector, especially those in public institutions. For them, it gives them a new leverage to enjoy more of the government’s largesse while in active service!

In fulfillment of its pronouncement on this matter, the Federal Government, through the Federal Ministry of Education, has since issued a circular titled “Implementation of the New Retirement Age and Years of Service for the Teaching Profession” dated 26th January, 2021, highlighting the terms and conditions governing the implementation. One of these terms states as follows: “It should be noted that the new retirement age/years of service is not automatic; as officers will be required to demonstrate fitness after medical examination and those found to be unfit will be advised to retire accordingly.”

The above clause, among other perceived gaps, highlights the shallowness and ill-thought behind this new policy. Given the preponderant vices that have become the trademark of our polity, how did our policy makers think they would be able to carry out such screening smoothly without it being bogged down by the demons of ethnicity, religious bigotry, quota system, nepotism, bribery, all of which are offspring of corruption? Are the medical facilities to conduct the medical examination not going to be manned by Nigerians who have closer affinity to their local nativities, religious inclinations and cultural enclavism than to the Nigerian nation? If and when this happens, is it not going to drive further wedge of disunity into our beleaguered nation? These are some of the questions that readily come to mind as one peruses the implementation circular.

Beyond merely scrutinizing the Federal Government’s official paper heralding the kickoff, I think there are even some more fundamental deficiencies in this policy. One of them is the fact that the average working class person at age 60 is already experiencing a fast decline in productivity, thus limiting his or her ability to contribute maximally to the Gross Domestic Product (GDP). Make no mistake about it: I wasn’t talking about discarding our senior citizens in their advanced years, but rather making a case for putting them in better stead while we marshal our resources more productively.

Closely related to the foregoing is the susceptibility of most people who are that advanced in age to be saddled with health issues and age-related infirmities. This is perhaps even further accentuated by the life expectancy statistics of Nigeria which as at 2020 stood at 54.81 years, as against 81.26 years for the United Kingdom, 78.54 years for the United States, and 64.17 years for even nearby Ghana. I think a policy such as the one under consideration should be guided by statistical framework like this, which does not seem to be the case.

Yet another consideration is to ask what value this new policy would add to the already battered state of Nigeria’s educational system. It has become a cliché of sort to say that the quality of our country’s educational system is below par when compared with what obtains in other climes. Whatever may be the reason(s) for this, I doubt if ‘prematurely’ retiring our teachers at 60 years of age or after 35 years in service is one of them. Or was there any research carried out that revealed such a finding? If not, would it therefore not pay us better to inject a fresh band of 21st Century compliant, digitally relevant teachers into our teaching service rather than perpetuating the elderly ones in service? A lesson or two can be drawn in this respect from States which conducted some sort of mass recruitment for teachers in recent times.

Oyo State apparently qualifies as a good case study, having recently recruited some 5,000 teachers as start-ups. The recruitment process was so expertly packaged that contemporary qualifications like IT proficiency, interpersonal relationship skills, etc. were ranked high as part of the eligibility criteria. The composition of the final appointees shows a band of virile young men and women brimming with ideas and bursting with dreams of making a mark in the sands of time. One can say with some degree of certainty that this bold move would pay off remarkably on the educational output of the state in no distant future.

For me, the ideal plan is one that keeps injecting today’s technologically-savvy hands into the teaching service, who will be steadied by the oldies they meet in service, in terms of pedagogy, experience and other needful. That way and with the right incentives, we will gradually reinvent the teaching profession, making it more attractive to, and preferred by, the younger generation. Some people might want to cite the situation in the university system where Professors retire at age 70 to justify this new policy. But I hasten to say that the situations are demonstrably different, the point of departure being in the vast exposure and robust networks that university academics garner over the years, which makes them, like vintage wine, get better with age. Certainly, the task of grooming the next generation of academics to Ph.D. level necessitates having around such tested and proven eggheads.

Let me reiterate that my submission here is not canvassing dumping our patriotic teachers in their old age. Far from it! As a matter of fact, I tend to think that this new policy is more of a disservice to them than a blessing. Reason for this position of mine is, if someone had worked actively either for 35 years in service or reached 60 years of age, such a person deserves to be eased off into retirement, which affords him/her an opportunity to spend the remainder of his/her life serving community, family and self. In lieu of this new policy, therefore, Government would have considered designing a much improved post-retirement package that would make life more abundant for these teachers. Such a package is limited only by the level of the designers’ imaginative capacity as well as available resources to drive it.

The missing gap, therefore, is a combination of poor incentives over time and non-provision of post-service engagements reorientation for civil/public servants as it obtains in the military service. One can then safely conclude that this new policy is a sort of “weaponization of poverty” for an army of people who, over the course of their individual careers, have been much traumatized through neglect, poor wages, and lack of career prospects, among others. And it remains to be seen how elongated service years would compensate them for the many years of neglect in their prime.

Octogenarian narrates how she cheated death during fire outbreak in Warri

Why we are helping rape survivors— Kaia Ra, SCF founder