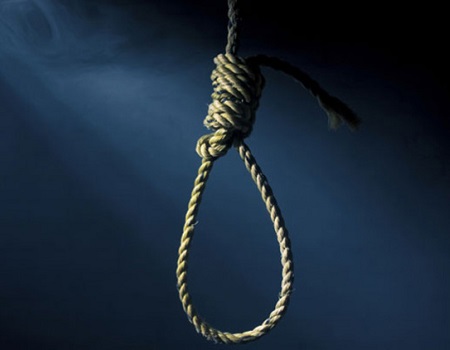 LET’S start with cold hard statistics. Globally, suicides account for 50 per cent of all violent deaths in men and 71 per cent in women. With regard to age, suicide rates are highest in persons aged 70 years or over for both men and women in almost all regions of the world. In some countries, suicide rates are highest among the young, and globally suicide is the second leading cause of death in 15−29-year-olds. Going further, according to a World Health Organization research, published by Spectator Index (2018), Nigeria is placed 5th in the rankings of suicide prone countries with 15,000 suicides in every recorded 100,000 suicides. Think about that for a while. It is not cancer or heart disease or a car accident that is most likely to kill young, or even middle-aged men and women in Nigeria, but suicide. Yet, these bald numbers tell us little, though they certainly become much more chilling when we consider the WHO’s belief that they represent a “gross underestimate”: given that for every person who takes their own life, 20 more attempt it. In which case, if suicides were accurately reported, and everyone who attempted suicide pulled it off, we might be looking at 20 million deaths worldwide each year.

In a graphic sense, suicide has become a major concern in recent times in Nigeria with not a few Nigerians resorting to suicides to resolve their issues or simply put, to end their woes in a harsh world. Not too long ago, for instance, there was the case of Omolola, a 300-level student of Ahmadu Bello University, Zaria, who took her life after a disagreement with her parents. Omolola, who took poisonous concoction in her apartment in Samaru campus of the university, left a note with important details including her phone unlocking code and bank debit card pin number. Then Punch newspaper on the 5th of May, reported the death of a Lagos based hair dresser, Kenile Nwabuzor, who killed herself following a protracted disagreement with her boyfriend, David. And just to be sure, this report came after that of two young adults who also made the journey of no return upon taking the lethal  pesticide, Snipper, – the now popular go-to refuge for suicidal Nigerians. But while attempts like Kenile’s make headlines in the country day after day, they’re also a warning sign of what could be a far greater crisis to come for Nigeria.

To be sure, the reason victims choose to end their lives varies, with recent occurrences suggesting that some do so because of complicated relationships, blackmail and shame while others commit suicide because of debt, rejection, inferiority complex and economic hardship, with most of these often leading to depression. However, the consensus among researchers is that suicide is a complex issue which involves the interplay of a variety of psychological, social, biological, cultural and environmental factors. Some of the key risk factors which contribute to suicidal ideation and attempts are mental illnesses, substance abuse, chronic illness, severe social isolation, traumatic relationship conflict and loss. Unfortunately, mental health issue is hard enough to talk about in our clime, given the stigma that still surrounds the illness. There is the persisting wrong idea that depression is a character flaw, that it is always about something. But far from being a big issue, depression, like other mental health issues in Nigeria, is shrouded in secrecy. Cultural traditions and social stigmas push many sufferers into isolation and away from seeking help. A simple way of looking at it is to think of suicide as a last-resort coping mechanism when someone is overwhelmed with a variety of burdens and stresses that he or she is no longer capable of bearing alone. Although social, psychological, cultural and other factors can interact to lead a person to suicidal behaviour, but the stigma attached to mental disorders and suicide is such that many people feel unable to seek help. For one, suicide rates are very elastic, varying massively between eras and countries, it should be a source of great concern that we are letting so many people needlessly die every year. More so, suicidal depression is real and it takes away every obvious survival option and presents only the easiest route (suicide) to its victims. Hence, we should, at the very least, be encouraging people to talk about their problems. This gets more startling when you bear in mind that far more women are diagnosed with depression.

Despite the evidence that many deaths are preventable, suicide is too often a low priority for governments and policy-makers. We have remarked that there are many more people who attempt suicide every year than suicide figures portray. Significantly, a prior suicide attempt is the single most important risk factor for suicide in the general population. For both suicides and suicide attempts, improved availability and quality of data from vital registration, hospital-based systems and surveys are required for effective suicide prevention. The ingestion of pesticide, hanging and firearms are among the most common methods of suicide globally, but many other methods are used with the choice of method often varying according to population group. Hence, restricting access to the means of suicide is a key element of suicide prevention efforts. However, means restriction policies (such as limiting access to pesticides and firearms or putting barriers on bridges) require an understanding of the method preferences of different groups in society and depend on cooperation and collaboration among multiple sectors.

No doubt, living and eking out a living in Nigeria is tough, as it would be a wasted effort to try to cloth the harsh reality in flattery garments to make the obvious bitter look appetizing. The environment is very hostile and creates an atmosphere of survival of the fittest. The weak have little chance. But committing suicide for whatever reason has never been and will never be an option. This is the point that we have to make through concerted efforts by all in the society to help stem the rising cases of suicide in Nigeria.

FIRS and the tax net