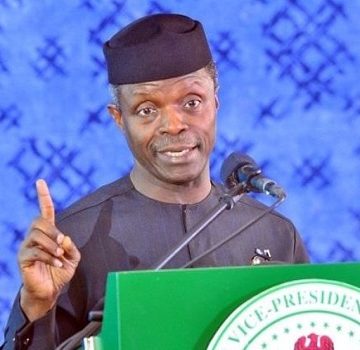 The National Economic Council (NEC) has told state governors to declare state of emergency on education to demonstrate their commitment to reviving the sector.

The meeting presided over by its chairman, Vice President Yemi Osinbajo, at the presidential villa, Abuja on Thursday, deliberated on the report of the NEC ad-hoc committee on the revival of the education sector in Nigeria and resolved that “all Governors to declare a state of emergency in the education sectors of their respective states and demonstrate their commitment to revamping education.”

Briefing State House corespondents on this aspect, after the meeting, Edo State Deputy Governor, Phillip Shuaibu, explained that the ad-hoc committee’s interim report observed that a multi-frontal approach is required to tackle the various factors militating against the achievement of the nation’s educational objectives, in view of the multi-dimensional nature of the crisis in the education sector.

He said the committee strongly recommended that the federal government, states and local governments collaborate to vigorously implement, and sustain action on the 10 pillars of the Ministerial Strategic Plan developed by the Federal Ministry of Education

The Edo deputy governor said NEC also resolved that the federal and state governments should allocate a minimum of 15% of their budgets to education in order to revolutionalise the sector, as well as constitute special task force to manage the funds and oversee the infrastructural overhaul of selected schools for intervention across the federation.

He said Council decided that while the interim report is being reviewed by the members of the Council, a more detailed report should be prepared and presented at the next NEC meeting when decisions would be taken on the proposed recommendations.

Shuaibu also briefed on states Gross Domestic Computation (SGDP) for 11 states (2013-2017) explaining that the background of the computation was to know the sizes of the economy in each of States, how much do a Nigerian state contribute to the Nigerian economy, what sector is best to invest in a particular State, what are the key sectors that can drive growth, create employment and generate tax revenue for the states, and which sector need government intervention or support .

He recalled that States GDP Computation started in 2012 with Seven pilot States; Rivers, Lagos, Gombe, Cross River, Kano, Anambra and Niger State, following the expressed interests of states to measure their economic competitiveness over time, understand the structure of their economies and assess contribution to national output

He said analytical results of the 11 states accounted for N 33.3 trillion in nominal GDP

He said Council was invited to note that National Bureau of Statistics (NBS) has completed the first phase of the SGDP exercise involving 11 states for the five year period covering 2013-2017 across the 46 economic activities.

He added: “The selected states accounted for 33.3 trillion Naira in nominal GDP or 29.3% of national GDP in 2017 Data on States GDP is generally useful to support evidence-based policy making. Efforts are ongoing to complete the next phase of compilation for the remaining 25 states and the FCT as follows;