Property and EnvironmentReal Estate
By DAYO AYEYEMI On Mar 2, 2021 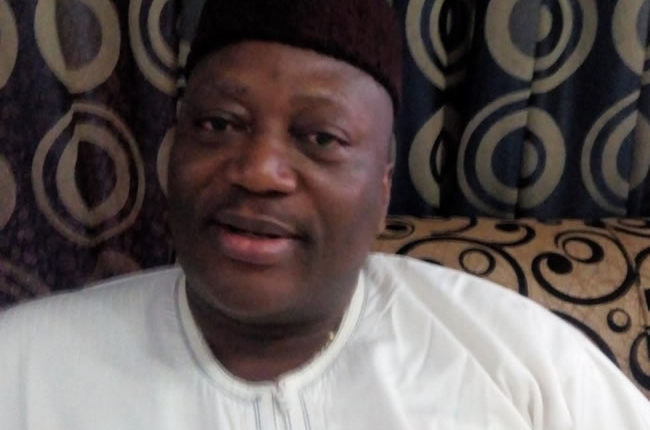 Chief Olusegun Bamgbade is the Chairman/Chief Executive Officer, HOB Estates Limited. In this interview with DAYO AYEYEMI, he speaks on certain germane issues that government and stakeholders need to tackle to unleash real estate potentials for Nigerians in general.

ARE you not concerned about the real estate sector, which has been in the negative trajectory since 2017, recording -9.22 per cent in the last quarter of 2020, how can the tide be turned?

So many factors are responsible for the negative trajectory of the real estate sector – Insecurity is the major point. No one is ready to die cheaply.  Real estate developers are human beings. They experience what everyone experiences in the country. Imagine being kidnapped on your way to a project site or on the project site. Insecurity will destroy every facet of the economy if left unchecked.

How have insecurity, COVID-19 and economic downturn affected real estate developers in meeting the need of housing provisions for the generality of Nigerians?

You need to be alive to be known and addressed as a real estate developer. Insecurity has made developers to have gone low to safe their respective lives. COVID-19 is not even helping matters. Economic downturn is a reflection of poor governance. If every area of the economy has been handled proficiently, the economy would not have witnessed such a downturn.

Unlike the former Governor of Lagos State, late Pa Lateef Jakande, we don’t have state government prioritising housing for the low-income and poor Nigerians again. What do you have to say about this?

Yes, you are quite right. We don’t have state governments’ prioritising housing for the low income and poor Nigerians again. They are all playing politics with everything including housing. Pa Lateef Kayode Jakande deliberately built low cost houses all over the length and breadth of Lagos State for the masses. He named it low-cost housing scheme but the masses named it ‘Jakande Estate’. Today, Jakande Estate has moved up the masses to middle income brackets. Jakande Estate has provided houses for the low and medium income earners. It has linked the entire Lagos State together from Badagry to Iyana Iba, from Ipaja to Ikorodu, from Isolo to Lekki, from Ibeju to Epe. Just name it.  Jakande’s records in housing delivery are yet unsurpassable.

What is preventing private sector’real estate developers from filling the gap of providing houses for the low income earners?

Fund is the limiting factor preventing real estate developers from filling the gap of providing houses for the low income earners. The institutions responsible for the provision of funds for private real estate developers are lagging behind in the discharge of their statutory duties especially in low-income housing delivery.

What is your take on the rising building materials’ prices  and  implication for the housing industry?

The prices of building materials and other items will continue to be rising as long as Naira depreciates against the dollar. That’s why I have been vociferous in my quest to have a stable Naira. Hopefully, Dangote Refinery and other modular refineries will help in stabilising the Naira and even assist in Naira appreciation. Once we stop paying dollars to import petroleum products into the country, the pressure on Naira will reduce or disappear. Naira will soon begin to appreciate if we all support Dangote Refinery and other modular refineries to function optimally.

When Naira appreciates, the cost of production will reduce and the cost of building materials will go down. In turn, the cost of houses will consequently reduce – thereby making houses available at affordable prices.

Do you see the cement price ‘war’ between BUA and Dangote Groups as something that will bring down the cost of cement so that low-income Nigerians can be housed?

That is just my opinion. A single firm cannot dominate and dictate the price of a commodity being produced by several others.  Excessive profiteering is destructive. Dangote Cement is good, yes, but the price of its cement needs to have human face.

We need such virile competition to stabilise the price of cement in this country. Look at the telecom industry. MTN and ECONET dominated the scene and explored the opportunities of pioneers resulting to excessive profiteering until Globacom came on board and introduced per second billing system. That was the beginning of price war in the telecom industry. Today, we no longer queue to purchase sim cards at N24,000 or N30,000. Sim cards are now being sold for N100 per sim.

In general, what roles do you want government to play in meeting Nigeria’s housing deficit?

Government should give a sovereign guarantee to international financial institutions for 25 years for a $25 billion loan at one per cent per annum on behalf of Federal Mortgage Bank of Nigeria (FMBN) for onward lending to real estate developers at two per cent per annum. Loans on housing are secured loans; the houses will surely pay back without stress. Government should restructure the management of FMBN to remove nepotism and partisanship, to enable judicious application of funds for housing developments nationwide.