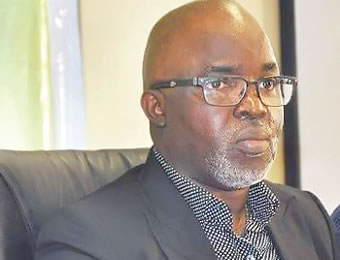 The Presidency has described as fake, a press statement in circulation to the effect that President Muhammadu Buhari has ordered the arrest and prosecution of the President of the Nigeria Football Federation (NFF), Amaju Pinnick.

According to a statement issued in Abuja on Sunday by Garba Shehu, Senior Special Assistant to the President (Media & Publicity), “it is fake news because anyone familiar with the President’s unmitigated and unshakable commitment to the due processes of the law will not make such assumptions of the President.”

The statement added that the position of the President that allegations of criminal nature should be addressed only by investigation and law enforcement agencies, within the framework of the law has not changed.

It added: “It is not in the nature of President Buhari to say go and arrest that man or woman as formed the practice in the past.

“Rather, he allows all allegations of this nature to be addressed using the mechanism of the rule of law even as law enforcement and investigation agencies should not in any way be hampered in performing their duties.

At the same time, nobody should drop names to seek to influence the course of those investigations.”

2023: I will support Atiku, PDP for victory at all levels, Bauchi gov declares