State Houses of Assembly have not rejected LG autonomy ―NULGE 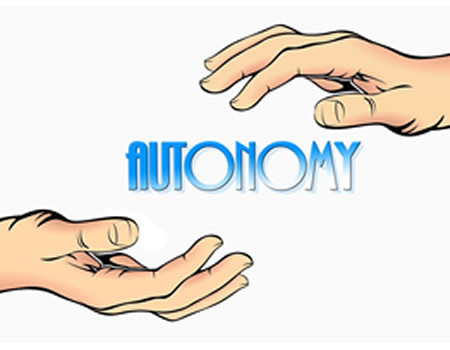 THE Nigeria Union of Local Government Employees (NULGE) declared on Friday that Local Government Autonomy has not been rejected by states houses of assembly in the on-going constitution amendment process, as being speculated.

President of NULGE Comrade Ibrahim Khaleel gave this explanation to dispel the speculation going on that the states houses of assembly might have rejected local government autonomy, based on the transmission of some bills that have already been considered by the states houses to the National Assembly on Thursday.

He explained that the National Assembly sent 15 different bills to the states houses, of which Local Government Autonomy Bill, is one of them.

Among the 36 states, however, only 10 states have considered, as at that Thursday, the Bill on Local Government Autonomy and forwarded it to the Chairman of Conference of Speakers, which was part of what transmitted it to the National Assembly on Thursday.

Among the 10 states that have considered it, eight states: Kwara, Benue, Niger, Plateau, Bauchi, Cross River, Bayelsa and Ogun states voted for local government autonomy while only two states: Edo and Imo, rejected it by voting against it.

Khaleel who said he had sought clarification from the Chairman, Conference of Speakers and senior officials of the National Assembly, pointed out that Rivers and Lagos States have not even work on the Local Government Autonomy Bill, while the remaining 24, who joined the other 10 states to transmit it to the National Assembly, said they have stepped the bill down for further consultation.

“So, 24 states houses of assembly are still working on it, many of them are already holding a public hearing on it. That is what is going on. For example, Sokoto State just conducted a public hearing on the bill between Tuesday and Thursday this week. Gombe has just called for a memorandum from its citizens on Local Government Autonomy Bill. Others also differ it to hold a public hearing and for further discussions before they vote and forward it to Chairman, Conference of Speakers.

“It is just that only eight so far have voted for it among 10 states who have fully considered it. It is possible that we will still get the remaining 16 states, out of the remaining states that have not voted on Local Government Autonomy Bill. We can see that it has not been rejected. So, we can’t say local government autonomy has been rejected. It is still work in progress.” The NULGE president said.

He said the Speaker of House of Representatives cannot be blamed for the speculation arising from his statement, because of the complexity of the ongoing constitution amendment process.

Comrade Khaleed stated that the conference of speakers decided to transmit to the National Assembly, those bills that have already been considered by various states houses, rather than wait till all the states completed works on all the 15 bills.

Even though this, according to him brings confusion, he stated that the intention of the Conference of Speakers was not to waste time on the exercise.

He pointed out that the Speaker of the House of Representatives perhaps thought that local government autonomy has been rejected because he was not properly briefed before making his statement.

He said: “This important observation is necessary so that it would not give the wrong signal to the remaining 24 states who are still working on the Local Government Autonomy Bill, to perhaps thinking that since the bill has been rejected, there is no need to debate and vote in its favour again.”

He, therefore, appealed to the remaining states who are yet to conclude work on it to expedite action, debate it and vote in favour of Local Government Autonomy.

On behalf of NULGE, Civil Societies and all citizen, the Comrade Khaleel commended the National Assembly and the eight states that have voted in favour of local government freedom, and believe the other states will see the good in it and vote in its favour.

The NULGE President called on the National Assembly to keep the window open for other states to conclude their work on the very important bill that will liberate people at the grassroots and bring the dividends of democracy to them.”