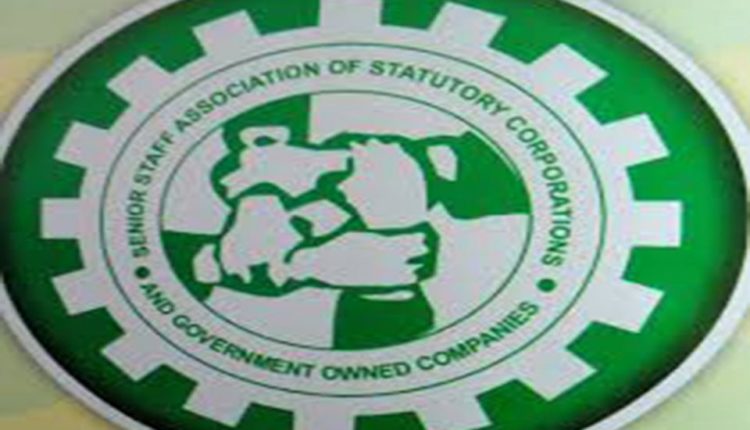 The Senior Staff Association of Statutory Corporations and Government Owned Companies (SSASCGOC) has demanded that the Federal Government should immediately convene a stakeholders’ meeting to discuss the issue of stamp as it relates to stamp duty and its production.

The meeting, according to the union, should include the Federal Inland Revenue Service (FIRS), Nigeria Postal Service (NIPOST), SSASCGOC, the Ministry of Finance, and the Ministry of Communication and Digital Economy.

The union made this demand in a statement signed by its General Secretary, Comrade Ayo Olorunfemi, even as it declared that it had the responsibilities to protect the interest of all senior staff in Statutory Corporations in Nigeria, including the Federal Inland Revenue Service (FIRS).

SSASCGOC has already issued a 21-day ultimatum to the Federal Government on the issue and has further threatened that failure to call the stakeholders’ meeting, it would have no other option than to declare full industrial action.

While calling on President Muhammadu Buhari to intervene, the union said: “As a responsible union, we have called on the Federal Government in the spirit of social dialogue, to convene a stakeholders meeting of FIRS, NIPOST, SSASCGOC, Ministry of Finance, Ministry of Communication and Digital Economy to discuss the issue of stamp as it relates to stamp duties.

“Failure to do this, the union shall have no other option than to declare full Industrial action. A 21 day ultimatum/notice had been given to the federal government already.

We  are calling on President Muhammadu Buhari to intervene on this matter before it degenerates into an avoidable industrial relations crisis which  is capable of embarrassing Nigeria in the comity of nations.”

It also added: “SSASCGOC recognises the power given to FIRS by the law to collect stamp duty, the power given to NIPOST by law to produce the stamp must also be recognised. That is the reason we are saying that stamp duty which is the major instrument to demote duties is a legal product owned by NIPOST and should be procured by FIRS to carry out the collection.”

The union, according to Comrade Olorunfemi, has the sole responsibility to unionize all senior staff in statutory organizations in the country and protect their interests. He emphasized that this has also been supported by the pronouncement of the National Industrial Court (NIC) judgments of December 17, 2019, and May 2020.

“SSASCGOC has responsibilities towards the protection of the interest of all senior staff of Statutory Corporations in Nigeria including FIRS as pronounced by the NIC judgments of December 17, 2019 and May 2020”, he said.

The union general secretary said SSASCGOC would not allow itself to be provoked by an attempt by another union to blackmail it over its struggle on the issue and its insistence that the FIRS should not usurp NIPOST responsibility to produce stamp, but buy stamps from NIPOST to be used for its stamp duties.

The statement read: “SSASCGOC has noted the lies and blackmail by one of the unions in its attempt towards pitching the management and staff of FIRS against this union. Consequently, the need to set the record straight.

“SSASCGOC, no matter the provocation will not join issue with any union. We are developmental; we don’t swim in the mud.

SSASCGOC has responsibilities towards the protection of the interest of all senior staff of statutory corporations in Nigeria including FIRS as pronounced by the NIC judgments of December, 2019 and May 2020.

“We are confident that the hardworking staff of FIRS will not  be pleased if their counterpart in NIPOST becomes redundant due to the illegal removal of one of their core mandates. The Finance Act did not give power to FIRS to produce stamps.

Attack on Zulum shows we are all vulnerable, says governors

The Need for Retirement Investment