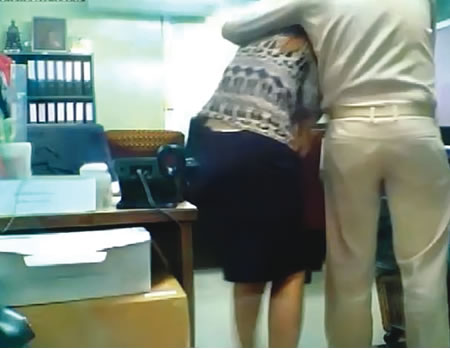 Stakeholders have spoken of the need to expand the recently passed sexual harassment bill to criminalise sexual harassment across  the board and ensure that perpetrators whether in the workplace or school are brought to book.

The stakeholders spoke at a webinar organised by the Network of Reproductive Health Journalists Nigeria (NRHJN) with the theme ‘Combating Sexual Harassment to Uphold Ethics in Nigeria’s Tertiary Education Institutions’.

Shekarau, who is also the chair, Nigeria Bar Association Abuja branch, said there is a need to expand the bill and make it a holistic and very comprehensive legislation since sexual harassment is very common in Nigeria.

She also called for the harmonization of all laws related to sexual harassment in Nigeria to make it easier for lawyers and police to ensure their implementation.

“Rape is a traumatic experience. For many, they continue to live with the experience for life, living with the psychological effect and experiencing low self-esteem”.

So, all cases of sexual harassment must be given the necessary attention. People must come out and speak with one voice.”

Executive Director of Women’s Advocate Research and Documentation Centre (WARDC), Dr Abiola Akinyode, said the sexual harassment bill will  put a structure within the school to protect the dignity and integrity of the school system.

Noting that the system currently leaves many students vulnerable to sexual harassment, Akinyode declared that the law would help to protect the weak, and urged lecturers to show their solidarity to their students by supporting it.

President of the Academic Staff Union of Universities, Professor Biodun Ogunyemi, said contrary to many people’s belief, lecturers are not against the bill but only want its scope to be widened since sexual harassment occurs in various segments of the society.

Professor Ogunyemi said that the law alone cannot change the situation but will also require a general and behavioral change.

A broadcast Journalist and member of Men against Rape, Mr Kingsley Obom Egbulem, said the academic community had for long operated with so much impunity, with sexual harassment grown beyond the capacity and morality the system on its own can handle.

Davidah Oyewunmi, a student of the School of Nursing and Midwifery, Yola, who shared her experience of being raped, said it created a psychological trauma and the victim sometimes develops health issues that may affect their reproductive health.