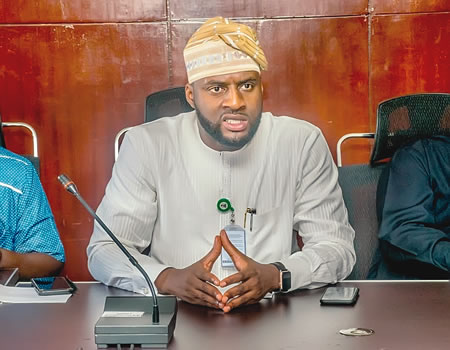 A step further towards the creation of the Oyo State anti-corruption agency was taken, with various stakeholders at a public hearing noting that the proposed law will have a more penetrating effect in revving up the fight against corruption in public offices.

Though the stakeholders said the proposed law will help combat corruption in government agencies, they also asked questions about the sustainability of funding, judicial backing that will ensure speedy trial, recruitment, accountability, impartiality, nonpolitical influence, confidentiality of those who report corruption.

In his opening remarks, at the House of Chiefs, Ibadan, Chairman, House Committee on Public Accounts, Finance and Appropriation, Honourable Kehinde Olatunde had noted the Oyo anti-graft agency would more closely deal with corruption at the grassroots.

According to Olatunde, the Economic and Financial Crimes Commission and Independent Corrupt Practices and other Related Offences Commission (ICPC) were overburdened with too many cases.

“We need another anti-graft agency, because EFCC and ICPC are overburdened and cannot get to the grassroots. They have too much work to do. Some cases are still pending with the agencies. This is why we need our own agency to bring efficiency to the fight against corruption.

“The state agency will get to the grassroots. We know one another very well. Governor Seyi Makinde wants transparency that is why he said he won’t mind wavering his immunity to be the first to appear before the agency if need be,” Olatunde said.

Similarly, Speaker of the Assembly, Honourable Adebo Ogundoyin said the proposed law was to entrench discipline, transparency, accountability, probity in the management of state resources.

Ogundoyin pointed out that the Oyo anti-corruption agency would be a replica of federal anti-graft agencies like EFCC and ICPC.

Calling for support for passage of the bill into law, state Commissioner for Justice, Professor Oyewo Oyelowo said the law guaranteed fair hearing and remediation.

However, Chairman, Oyo Code of Conduct Bureau, Mr Moses Atolagbe admonished the state should efficiently explore the existing anti-corruption agencies rather than create another.

Atolagbe particular expressed fears about political influences and the huge funding required to fund such agency.

Mrs Adeoluwa Faustina of the ICPC said the law should rather focus on corruption in private sectors rather than on holders of public offices.

She further prayed that the law has retroactive effect and make provision for confidentiality of those who report corruption.

Permanent Secretary, state Ministry of Finance, Mr Musa Olawoye asked that the agency should be made accountable and present its financial report on a yearly basis.

Representing the Oyo Commissioner for Police, Mr Shina Olukolu, Mrs Fawole Funke said the bill failed to disclose the court that will have jurisdiction to handle cases brought by the agency.

While calling for unlimited protection for informants, he noted that fake informants should also be prosecuted.

Noting that the new agency adds to the burden of the judicial system, Okelola stressed that speedy trial will only be ensured if the executive engages more hands in the state judiciary.