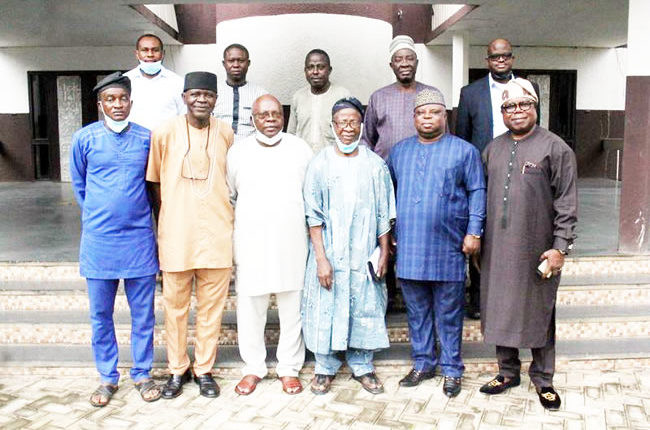 THE sorry state of the first office of the National Archives of Nigeria at the University of Ibadan, which was established in 1954, has been a major concern to some stakeholders.

A conference was organised recently by Marina Roundtable Limited at the University of Ibadan to brainstorm on how to revive the archives for national development. Both the town and the gown were in attendance.

The archives, established by the first Nigerian Vice Chancellor of the University of Ibadan, Professor Kenneth Dike, housed valuable historical records that date back to the 1914 Nigeria’s amalgamation which he discovered during one of his researches on Nigerian history.

However, a great number of the records were exposed to decay and consequently damaged by insects and water.

According to Professor Bolanle Wahab of the Department of Urban and Regional Planning,  University of Ibadan, there is the need for the government to adequately fund national archives because their present state is appalling.

“Archive is a place where historical records about individuals, groups of people and places are preserved for coming generations to learn about what happened in the past so that they can build on that to have sustainable national development.

“People don’t take records to national archives for safe keeping again. The few documents in the archives like books, newspapers, treaties and agreements are not properly stored. Funding is very important and government at all levels must recognise the significance of archives. Money should be available to make archives conducive to storage. Cockroaches have destroyed many documents in some archives due to poor funding. Even where they have generators, there is no money to fuel them,” Professor Wahab said.

The don stated that archives should also be established in all states and local governments for safe keeping of records pertaining to their locations.

“Archieves must be established in all states of the federation; even in all local governments. Every local government should have an archieve where  information pertaining to that area would be deposited,” he emphasised.

The President of Records and Archives Professional Association of Nigeria, Dr Ade Akinfolurin, expressed the belief that digitisation of national achives was long overdue, noting that the planned digital transformation by the Federal Government should be done in batches.

“Digitisation of the archives is long overdue. The government has to invest in this and this will change the narrative about the national archives. The recent pronouncement of the Federal Government that they must go into digital economy, I see it as a political statement. There should have been efforts to achieve that. The Nigerian government does not have the resources to face all ministries at a time to digitise their records. They have to take it in stages,” Dr Akinfolurin said.

According to him, Nigerians need re-orientation on what record management is all about so that they will not see archivists or record managers as threats.

“There is the need for a change of orientation. The psyche of people must change. In this country today, if you go to some places and you tell them that you are a record manager or an archivist and you want to digitise their records, some institutions will not give you their records.  Some will give you but they will tell you not to touch finance and account. Some will say you work for the EFCC. People need re-orientation on what record management is all about,” he added.

Mr Zubairu said: “We need to keep records. We need to use records to manage both current and future affairs of the country. You can’t do anything without records. Every organisation has records. After the staff of an organisation, the most important are the records. Records must be maintained. Without that, people of the organisation will not make progress. We should go away from the idea of losing records when offices get burnt. There is a technology that enhances safe keeping of records.”

He called on the National Assembly to review the existing laws and pave the way for archives to become an agency rather than being under a ministry for effective management.

He added: “We need better regulations that will strengthen archives in Nigeria. Archives should be extracted from the Ministry of Information and be made an agency on its own, with its own budget, mission and target. That will enhance its activities. Appropriate legislation is needed to have control over both public and private records to ensure that we actually keep proper records.”

Director, Lagos Records and Archives Bureau, Dr Kola Hussein, shared the same opinion. He said it was high time archives stayed as an agency rather than being subsumed under a ministry as this would give them more recognition.

He also underscored the need for adequate training of personnel in national archives while advocating that more institutions should be encouraged to offer relevant courses in information management.

Dr Hussein said: “We need an advocacy to take away archieve from ministry to an agency. It was under the Ministry of Education before it was attached to the Ministry of Information. It should be an agency on its own.

“There is need for capacity building. Archive is a professional operation; it is different from any other business. And there is the need for better training. There is dearth of training schools except the University of Ibadan which runs a Master’s programme in Records and Information Management. We need to have more institutions that can train people and build people.”

He said sensitisation of people on the essence of patronising achives and depositing landmark records was necessary while interested stakeholders should also be patronised for improving the state of archieves.

“We also need to identify our stakeholders that are passionate about this business who will be able to support the vision because archieve is a vision. Archive is the memory of a country and there is nothing we can achieve without preserving our archieves; right from creation to preservation and making information assessible for people. Archive is like a bank. It is what you deposit with us that you can come and take. I want to encourage people to deposit information and documents in archives so that coming generations will have access to them,” Dr Hussein noted.

Also, an archivist and lecturer at the University of Ibadan, Dr Godwin Ikwuyatum, put premium on the need for the sensitisation of people on the essence of record keeping as the habit is no longer there.

He explained that if proper attention is placed on archive, it could serve as a source of revenue for the country.

Dr Ikwuyatum said: “Our habit of keeping records is apparently eroding, so there is the need to sensitise people on the benefits of keeping records. It is also important to develop policies and put in place various strategies to sustain and maintain the quality of archival materials.

“There is the need for investment in archives. Archive also has a space that can generate resources through tourism. In developed countries, they have structures that stay thousands of years and become a source of revenue to them. But in this country, we don’t appreciate what we have.”

Earlier, the convener of the roundtable, Mr ‘Layi Raheem, stressed the importance of archives to national development.

He lamented that due to abandonment and poor budgetary allocations over the years, the national archives in the University of Ibadan, which was once a monument, had become moribund.

“Proposed to serve as a primary collective institutional memory of government and its component parts, the archives are an essential tool for archiving administrative efficiency and economic development as they provide ready access to past experiences. They furnish precedents when problems/challenges that are similar to those faced earlier arise. Particularly in developing countries, archives can also significantly contribute to socio-economic development from the point of view of earlier initiatives on local, regional or national scale.

“Due to dwindling budgetary allocations over the decades, no acquisition of archival materials has been carried out nationwide.

“The state of the Ibadan National Archives is, to say the least, appalling. A quick look from its exterior reveals a monumental display of disrepair, non-conformity with its expected role and absolute lack of maintenance,” Mr Raheem said.

He said efforts would be coordinated for the digitisation of the National Archives at the University of Ibadan.

‘Why Ibadan Dry Port project is yet to take off’

NAIRA REDESIGN: The good, the bad and politics of a national policy

Shades of the Naira notes