Property and Environment
By Tunde Alao On May 15, 2019 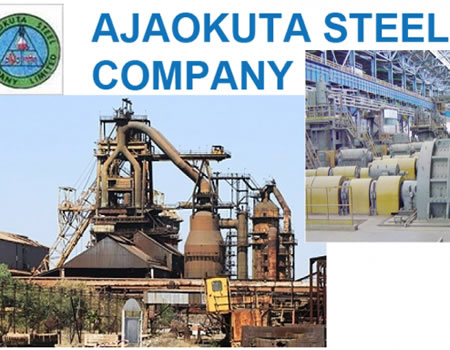 THE  major body that made up  of engineering professionals in Nigeria, the Nigerian Academy of Engineers (NAE), and two unions in the iron and steel industry have said that the completion and functioning of the Ajaokuta Steel Company Ltd. will reduce unemployment and improve the economy.

The unions are Steel and Engineering Workers Union of Nigeria (SEWUN) and Iron and Steel Senior Staff Association of Nigeria (ISSSAN), also said that presidential assent to the Ajaokuta Steel Company Completion Fund Bill, 2018, is overdue, “since  its signing would impact much on the company and the industry.

President Muhammadu Buhari has declined to assent to the bill on Ajaokuta Steel Company Completion, and the rejection of the bill has been causing ripples among stakeholders, some of whom have threatened a show down against the Federal Government.

Disenchanted with the delay, Nigerian Academy of Engineers (NAE) as called on the government to take drastic action to resuscitate the Ajaokuta Steel Company and other mills, warning that, failure to do so, would continue hinder the nation’s quests for industrial development.

As such, the body advised the Federal government to take immediate action on appropriate technology choice, appraisal of the financial implication, long term supply and availability of adequate quality coking coal from both domestic and international suppliers for the revival of the 40-years moribund firm, believing that the move would help in producing high quality steel materials needed for construction.

Besides, it would also eliminates the malaise of building collapse as well as improve job creation and nation’s self-reliance.

These positions were highlighted at a forum organised by the NAE, that was attended by  top engineers in the country, representatives of the Lagos Chambers of Commerce and Industry, the media, and executives of the Manufacturers Association of Nigeria.

In his address, a professor from the department of Mechanical Engineering, University of Lagos,  David Aderibigbe, pointed out that the outcome of such action, would determine whether the Ajaokuta steel project can be completed as conceived initially through the Coke Oven, Blast Furnace, Basic Oxygen Furnace (BF/BOF) or through the Nigerian proven Direct Reduction and Electric Arc Furnace (DR/EAF) route.

According to Prof. Aderibigbe, there was the need for evaluation of the benefit/cost analysis in the technology choice of replacing the uncompleted blast furnace process with a direct reduction process. “For instance, the Midrex process that Nigerians are already used to at Delta Steel Company which will utilise the locally available natural gas, iron ore and electric power at no burden to our foreign exchange reserve”.

According to him, the sustainable operation of the iron and steel industry, has a lot of linkages to economic growth in other sectors, like agriculture, defense, power, transportation, mining, oil and gas, education, manufacturing, communications among others, noting that there is need to reappraise the bilateral agreement between Nigeria and China to ensure that the steel rail tracks are sourced from Ajaokuta. This, he said, will stimulate the expected economic growth In Nigeria, according to him.

He observed that the key issues in the renewed effort at ensuring that Ajaokuta Steel Complex contributes to the necessary industrial base in the short run should be at maximizing the utilization of the plants and facilities that are already commissioned in the complex while five separate privatized companies should be established, viz; Ajaokuta Rolling Mills, Ajaokuta Engineering Works, Ajaokuta Thermal Power Plant, Ajaokuta Refractory and lime, Ajaokuta Estate and Management.

Speaking on the objective of the forum, Prof. Fola Lasisi President of NAE, explained that in line with its core mandate the academy exists to provide input and leadership in national technological issues and policies through contributions to science and engineering stressing that it has to look for ways to reverse the obvious setbacks of solid minerals development in Nigeria.

Leaders of the unions,  Alhaji Kasemu Kadiri, General Secretary of SEWUN, and Mr. Bello Itopa, ISSSAN President, in their reactions, urged President Muhammadu Buhari, to rescind his decision that the nation could not afford to commit $1billion to the rehabilitation of the company because of other priorities.

President Buhari had said last month that appropriating $1 billion from the Excess Crude Account is not the best strategic option for Nigeria at this time of budgetary constraints.

However, SEWUN’s General-Secretay, Kadiri said that the president and lawmakers should close any loopholes and ensure that the company begins operations.

According to Kadiri, the project was envisaged to generate socio-economic benefits and increase the production capacity of the nation through linkages to other industrial sectors.

He said that rehabilitation of the steel mill was stalled over the years because the Seventh National Assembly cancelled a contract between the Federal Government and Global Infrastructure Holding Ltd. (later Nig. Ltd).

Kadiri said that when fully revived, the company would have over 30,000 persons in its workforce.

Itopa, ISSSAN President, also appealed to Buhari not to delay in resolving the financial issue in the bill and ensure commencement of operations, stated that out of the 43 component units of the company, the primary units to be completed for the steel company to function optimally are coke-oven, black furnace, steel making shop and power plant.

The union leader said that it was important to revive the steel company inaugurated by the late President Shehu Shagari, noting that it had important areas such as light section mill, wire rod mill, billet, medium section and structural mill, adding that the medium section and structural mill could be used to produce the rail lines in the country.

In its reaction, the Federal Government has promised to explore feasible options to redress all existing challenges facing operators in the metal sector.

A statement by Mr. Edwin Opara, Director Press, Ministry of Mines and Steel Development (MMSD) said that the ministry would also assist private metal operators to create the necessary linkages required for rapid development of the sector.

According to him, the ministry is organising an all-inclusive stakeholders’ forum to avail metal operators in the South-South and other zones of the country the opportunity to interface with the Federal Government to address the challenges in the sector.

Judiciary may scuttle May 29 inauguration —Speaker, Kwara House of Assembly