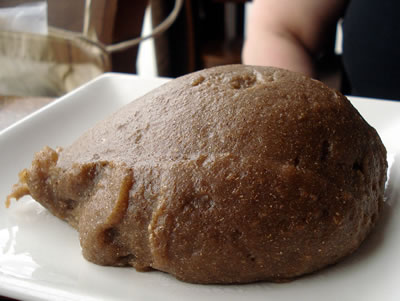 The Oyo State government has been lauded by participants and partners at the just concluded three-day Amala Fiesta for creating the opportunity to promote the local food culture and specifically showcasing the benefits of amala and related agricultural produce.

They described the programme, with the theme ‘From the farm to the table’ as a fascinating event which the state government used to add value to the agricultural chain, saying that the government through the Ministry of Information, Culture and Tourism should be applauded for the food tourism initiative with attendant multiple beneficiaries including farmers, food vendors, research institutes, corporate organisations, artisans, traders and the general public.

They encouraged members of the public to consume less of processed foods, urging them to take more of natural foods, adding that the latter are more nutritious.

Speaking at the closing ceremony at the weekend, the Director-General of IITA, Nteranya Sanginga, said that the Oyo State government has helped to showcase what IITA has been researching on, adding that the government should be commended for the opportunity given to the exhibitors and farmers to showcase the output of their researches and efforts.

According to the DG who was represented by the Head, Food and Nutrition Laboratory of the Institute, Mr. Nwaoline Gregory, “In IITA, we want food security for the country. The programme has helped to bring out what we have been researching on in IITA. People were surprised that we can make biscuit, chin-chin and other snacks from cassava. If not for the Amala Fiesta, we might not have had the opportunity to reach so many people at this particular period.

“IITA is ready for capacity building for women and youths and we will continue to give our support to farmers in the state and the country as a whole. We thank the Oyo State government for organising this programme”, the IITA DG said.

Also, President, Canteen Workers Association of Nigeria, Oyo State Chapter, Mrs. Amdalat Iyadunni Lawal said the government should be praised for helping them to promoted their trade by espousing the benefits of Amala through the event, adding, “when we were approached, we were not keen about the programme but during the unveiling of the logo, we became convinced about the commitments of the state government when we saw people on tie eating amala with relish and we were more amazed when some of them requested for additional portion.

“We have no regrets that we participated in the programme because it opened doors for our members and we will be glad to be part of such programmes in future,” she said.

While thanking the state government for its support to women in agriculture in the state, the President, All Women Farmers Association of Nigeria, Oyo State chapter, Mrs. Arinola Aderibigbe called for more support and empowerment for farmers in order to have massive production of agricultural produce by women who are actively involved in agriculture.

Sale of property: Pastor, others remanded in custody

NEPAD works towards self sufficiency in food production