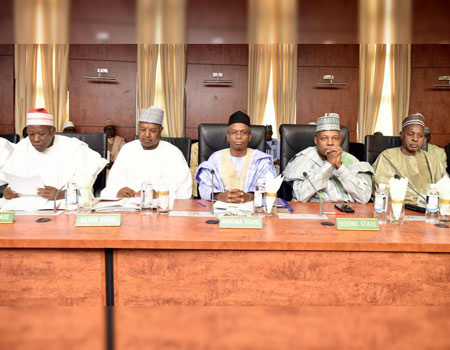 Share
A stakeholder in the agricultural sector, Ikechukwu Chima said the recent adoption of the National Livestock Transformation Plan (NLTP), by Northern Governors’ Forum (NGF) led by its Chairman and Plateau State Governor Simon Lalong,  is a step taken in the wrong direction.
Chima while speaking with journalists in Abuja, said, adoption of the NLTP is not enough to tackle the regular clashes in the region between herders and farmers.
The stakeholder who is also the Chief Executive Officer of the Food Work Africa, while condemning the move by the Northern Governors’ Chairman, Lalong, said he did not do proper consultation and dialogue before making the announcement to the public.

According to him, two days after dumping the RUGA policy for the NLTP, the Kano State Governor, Abdullahi Ganduje came out with his RUGA plans, while Zamfara State had already begun implementing RUGA.
“When RUGA was introduced, there was a lot of public outcry from all parts of the country, especially from the South, because it jumped the public policy of formulation which involves the stages of consultation, negotiation, dialogue and implementation.
“Why RUGA looked like a failure was because there was no proper consultation, negotiations and dialogue before thinking of implementation. But when the government looked at it, they decided to take a holistic approach towards tackling the security challenges in the North.
“What Nigerians want is a permanent solution to the regular clashes between herders and farmers. RUGA is a word that has been in existence for so many decades. It is easier to sell than NLTP because a lot of people don’t understand what this new plan is.
He further said, “Food Work Africa already spent a lot of money to bring different stakeholders to Abuja to work towards tackling the security challenges through the forthcoming RUGA conference so as to achieve permanent solution”.