St Valentine’s Day: Love in a season of COVID-19 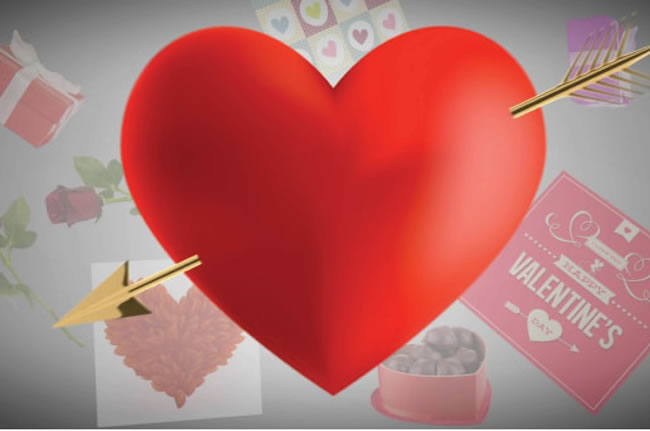 ADEOLA OTEMADE reports that the way St Valentine’s Day is celebrated today is a far cry from its concept and origin, noting that this year’s celebrations and the business side of the day are going to be affected due to COVID-19 regulations.

All over the world, February 14 means different things to different people. To some, it is all about love, commitment and sacrifice; to others it’s a time to make their loved ones feel special with beautiful gifts. Many others spend the day renewing their love towards one another by going out, to beautiful places to unwind and simply feel good.

There are stories surrounding how the day came into being. St. Valentine, the man after whom the day was named, was said to be a priest of Rome who was imprisoned for giving succour to persecuted Christians. Legends have it that the Roman Emperor Claudius II got him imprisoned and had a discussion with him, trying to get him converted to Roman paganism. St. Valentine instead tried to convert Emperor Claudius to Christianity. He was later executed by the emperor but before the event, he was reported to have healed a young girl named Julia, daughter of his jailer, by restoring her sight. He also reportedly wrote her a letter famously ending with the words “Your Valentine.”

St. Valentine would later come to be honoured for his martyrdom and expression of love starting from the 4th and 5th Centuries by the church. Since then, February 14 of every year came to be that special day of celebration of love with a “touch of red and white.” It has over the years become a day associated with showing love and appreciation to loved ones – family, friends, spouses, colleagues and neighbours alike with exchange of gifts.

In more recent years, Valentine’s Day, though not a public holiday in most countries, including Nigeria, now look more like a festive day, as organisations even instruct their workers to add a touch of red to their office wear on that day. Several events and shows, including visits to malls and shops now characterise the celebrations.

To the young-at-heart, it is a day to lose their innocence. The spiritual essense of the day has been lost over the years. Many of today’s youths and even some adults errorneously believe the day is meant to satisfy their sexual desires.

This has often prompted the question: does Valentine’s Day still maintain its true meaning of showing love towards others? Sunday Tribune sought the opinions of individuals.

Olatoye David, an artist, said the stories surrounding the day have been twisted over and over again, though the aspect of love has largely been retained.

“Showing love to people isn’t just about giving them expensive gifts; people should be appreciated every day, whoever they might be. They might necessarily not be one’s spouse, friends, or relations.

“Obviously, the true essence of St Valentine’s Day has been watered down because many now see it to be the normal season of lovers and they tend to strongly cherish the day. Regardless, as individuals, the true essence of the day is showing love to everyone, and making them realise that they are special,” David said.

Temiloluwa Ade-Alao, a civil servant, had a different view. To her, Valentine’s Day has lost its true essence.

“People of this generation now use it as a day to go wild and not feel bad about it. It should be a day of love, to show appreciation to those who have been with one through thick and thin. To renew one’s love for them and let them know one still cares,” he explained.

For Mr Kayode Shobayo, February 14 reminds him of the day he proposed to his then girlfriend who is now his wife.

“I believe St Valentine’s Day is meant to be celebrated out of genuine hearts with genuine love; a day to show one’s spouse, parents, children, family and friends alike that they are special and that one values them,” he said.

In spite of the hive of activities surrounding the celebration of St Valentine’s Day, some people do not get involved in any way. One of this set of people is Mrs Olufunke Aderinto, a make-up artist.

“I’m indifferent as a person,” she said. “If you like it, do it; and if you don’t, it does not matter. Understanding your partner’s love language and speaking it is the most important thing. You have to love someone before you can even think of gifting him or her anything,” she added.

Showing love, according to Olufunke Akinale, a teacher, does not have to be towards those already known to individuals only. To her, the day has lost its essence as most people show love only to those whom they already knew.

“When you show love, it should not really be to the person you have a relationship with alone. You can give to the poor, visit orphanages, give to beggars and even if you feel it’s all about lovers, you can celebrate with your spouse. Valentine’s Day should be all about true intention of love,” he said.

Unfortunately, St Valentine’s Day celebrations this year may not be in full bloom due to COVID-19 protocols. Already, in some states, there is ban on congregating in places like bars, clubs, cinemas, and malls where people often tend to go for such celebrations. How then do people hope to celebrate the day of love this year?

“It is going to be a little bit dicey,” says Mrs Aderinto, who noted that though the rate at which people contract coronavirus is still very high, though this might not stop Nigerians from flooding relaxation centres on that day.

For Iyanuoluwa Kolawole, there should be no worries once all COVID-19 regulations are adhered to, adding that “at least people still organise weddings, burials and birthdays.”

Mr Kayode Shobayo’s thoughts are in line with that of Kolawole. According to him, “People are gathering in places like churches, mosques, cinemas, bars and lounges; people also go to the market, so I don’t really see how COVID-19 might affect the celebration of Valentine’s Day this year. However, people must stay safe wherever they choose to be that day.”

With innovations and trends across the world, different business ideas often develop around celebrations such as Valentine’s Day. In recent times, social media platforms have been connecting people with entrepreneurs who sell gift items which could be purchased online and delivered to one’s doorstep.

The items include cakes, roses, wine, food items, greeting cards, cuff-links, chocolates, cookies, just to mention but a few. Packages of such items range between N20,000 and N35,000.

An entrepreneur who makes brisk business around this time of the year is IyanuOluwa Kolawole, a baker, who told Sunday Tribune that the competition this time is keen as she did not get sufficient orders from clients unlike before.

“This Valentine’s Day package works for some people and it doesn’t work for most people considering the tight competition going on. I released my flyer first week in January and I kept posting and posting. As of today (Friday) only three persons have ordered, despite postings on my social media platforms and sending them to all my contacts with constant reminders.  The same way another person will be able to have 50 orders at a time without much stress. I have never tried it before. I only gave it a trial this time to see how it’ll work out,” she told Sunday Tribune.

A caterer, Olufunke Akianle, also believes business is not booming this time because the competition is keen and that some entrepreneurs’ packages are rather expensive for an economy like Nigeria’s that is currently in comatose.

According to her, “almost everyone is now into it, selling Valentine’s Day gifts which mostly consist of cakes, wine, cookies, cufflinks, teddy bears, bedside lamps, perfume oil, wristwatches and what have you.

“However, people should be considerate enough; it’s not about how expensive the gifts are, but the intention of the heart that is giving out the gift. I might give my partner an ice cream treat, and he will so much appreciate me, she said.”