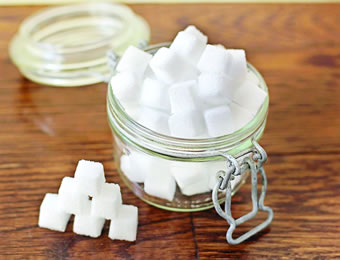 The Federal Government has reiterated that the ban place on the importation of packaged sugar four (4) years ago still stand and is in force.

Restating the commitment of government to ensure foreign packaged sugar loses its market chain in Nigeria, the Executive Secretary of National Sugar Development Council (NSDC), Latif Busari noted that the continued smuggling of the product into the country has posed has a hindrance to local producers who are struggling to have a grasp of the market.

Busari in a chat with the media in Abuja on Thursday lamented that, “there is no gain saying the fact that those who engage in illegal importation of this banned product are daily inflicting incalculable damage to local producers of the same commodity in the country. Government cannot afford to look the other way while economic saboteurs who come under the guise of businessmen continue to frustrate genuine efforts geared towards building our economy.”

“Regrettably, despite sustained efforts by the NSDC and other government agencies to protect the interest of local investors in the sugar industry by strictly enforcing the ban on importation of packaged sugar, we have discovered that different brands of this product still line the shelves of big retail outlets and wholesale stores across major cities in the country.”

He stated that, “since the ban was announced, Sugar Council has engaged the major importer of the St. Louis brand that even though Nigeria has been importing the brand for over 53 years, it is time it started its local production in the country if they wanted Nigerians to be consuming it. They sought for and procured an exemption for 18 months to enable them go into partnership with local producers. But two years after the expiration of the exemption, they did not set up any production facilities and while they claim to have stopped its importation we continue to see the brand of cube sugar in our markets.”

Busari noted that, “our position on this matter hasn’t changed; we want importers of banned package sugar to either produce in Nigeria or take them elsewhere. This position is in line with Section 9.3.1 (IV) of the Nigerian Sugar Master Plan (NSMP) as approved.”

“What we are saying is that importers of sugar in retail packs should invest in local packaging facilities within and bring their equipment to Nigeria to produce under the plan, and thereby also help to create jobs for our people” the ES stated.

It will be recall that the Federal Government had in 2013, as part of its efforts to grow the nation’s local sugar industry and attract investments into its downstream segment, banned the importation of packaged sugar into the country as had earlier done for retail packs of vegetable oil, noodle, cement amongst other products.

Busari reaffirmed that “cubing and packaging sugar is not rocket science and there is absolutely no reason why Nigerians with little capital cannot operate in this segment of the sugar industry”, noting that the aim of the banned policy is being defeated by the continued influx of imported package sugar, particularly by the St. Louis brand into Nigeria.

Nike to cut 2 per cent of workforce, simplify organizational structure

Trump lashes out over probe into possible obstruction of justice