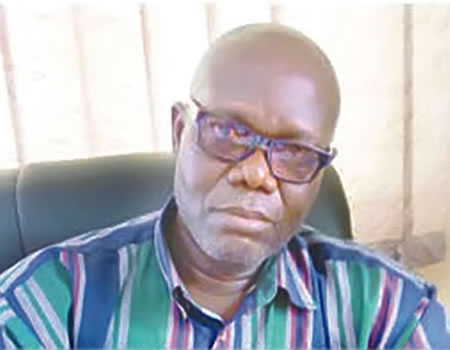 The National Industrial Court (NIC) gave a landmark judgment recently to resolve the crisis over jurisdictional scope of trade unions based on their registration and the provisions of the extant Trade Union Acts. The judgment given by Justice O. Y. Anuwe, in suit number NICN/ABJ/125/2019 between the SSASCGOC (claimants) and AUPCTRE (defendant), highlighted where a junior staff trade union can operate and where a senior staff trade union can unionise. It also put to rest the protracted argument as to which trade union can unionise any statutory corporate body and government-owned organisations. In this Interview with SOJI-EZE FAGBEMI, the Secretary General of SSASCGOC, Comrade Ayo Olorunfemi, speaks on level of compliance with the judgment and efforts by the management of these corporations or agencies and the trade union affected to ensure implementation of the judgment. Excerpts:

What will you say about the recent judgment of the National Industrial Court on the jurisdictions of trade unions in statutory corporation and government owned corporation?

The issue between SSASCGOC and our junior counterpart, AUCPTRE has been clearly made and resolved by the judgment of the court. Even though AUCPTRE can co-exist with us and operate in the same organisation but they cannot go beyond the junior staff while we cannot go beyond the senior staff. That is what this judgment has so clarified.

Apart from the crisis between you and AUCPTRE, is there any other problem this pronouncement has addressed?

Can you give a clear example of such organisations?

One of those organisations is the National Identity Management Commission (NIMC). The staff have worked for more than three years, suffering serious victimisation, financial embarrassment and unfair labour practices as a result of being forced into joining a union of civil service when they are actually a statutory body corporate. If NIMC is a body corporate, it is clear by virtue of the act that established it and pronounced it as a corporate body that it is a statutory corporation. All the staff are aware of it, even the management are aware. We have been wondering why the management of NIMC has chosen to force the staff of the organisation into the civil service and some people in the Federal Ministry of Labour is supporting them. Few people in the Ministry of Labour, particularly the minister seems to have been supporting them at all cost. We believe that there are certain things that have been going wrong but as times goes on, we will let Nigerians know what has been going on in that place.

What is the level of compliance with this judgment?

As per level of compliance, we are pleased to tell Nigerians that many agencies within the last one month have started implementing the judgment. The National Electricity Regulatory Commission (NERC) has since implemented, Nigeria Tourism Development Corporation has implemented, the Corporate Affairs Commission has called us to come and unionise our members. A good number of them like that have told us they are ready to implement this judgment, even at the state level.

What are the challenges, and where else are you facing such challenges?

The only challenge and only organisation that is playing with and resisting the court judgment is the National Identity Management Commission. Even many of such organisations, we understand have gotten this judgment and working on how to implement.

What of the Standard Organisation of Nigeria. I know that there was a protest by the workers of SON last year where this issue cropped up?

Standard Organisation of Nigeria too has implemented this judgment, they have implemented it. We don’t have any problem with SON. Also at the state level, some controllers of labour at state level have issued statement on this judgment to say that it is unambiguous and organisations in their jurisdiction should comply with this judgment.