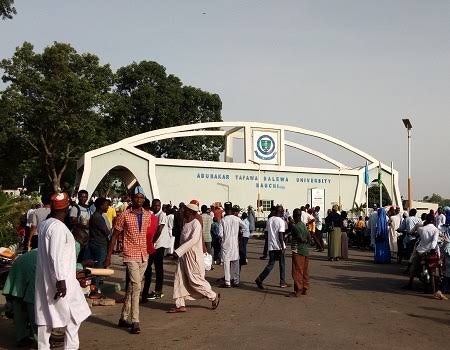 In compliance with the directives by the national leadership, members of the Senior Staff Association of Nigerian Universities (SSANU) and the Non-Academic Staff Union of Universities (NASU) of the Abubakar Tafawa Balewa University (ATBU), Bauchi shut down activities in the university thereby partially paralysing academic and other activities following the five day national warning strike embarked upon by the two unions jointly.

The two Unions under the umbrella of the Joint Action Committee (JAC) of ATBU also said that they are withdrawing their services following the directives by their National leadership in order to press home the issues of their Earned Allowances demand from the Federal Government.

While speaking to Journalists shortly after holding an emergency meeting at the Union’s Office located at the Yelwa Campus, the JAC Chairman, Comrade Austin Jadi, said that it was unfair for the Federal Government to be selective in addressing the problems in the University system.

According to him, the two Unions are not going on strike because they want to but they are on it for serious and genuine issues expressing the optimism that after these five days if the government can address the problem, there will be no more  strike in the University system again saying,  “As you can see, ATBU is already on strike and we are respecting the national leadership and we will do exactly what they have directed”.

According to him, the federal government’s refusal to obey the court order is another form of corruption being perpetrated by the same government that claims to be fighting corruption.

He said further that, “If you cannot respect court judgements, it is equally corruption and if you cannot do what is expected and respect the collective bargain documents that you entered into, it is part of corruption. So we feel that the government that is fighting corruption should do the needful that all these issues are addressed once and for all so that the Universities will not remain closed forever.”

Austin Jadi who said that the frequent strikes in the University system have caused them pains and grief claimed that: “So many of us have died without them reinstating the staff schools, people have lost their families because husbands and wives have divorced for failing to meet their obligations. So we feel the issues should be looked into.”

The JAC Chairman who lamented the frequent strikes in the Universities added that it has contributed seriously in “displacing most of the students for example, after the protests, schools are closed, students are rushing back home and some cannot come back again because they have lost their lives in the process of going back home.”

He added that some dropped out of school because their parents could no longer continue paying their fees because their period of staying in school has long been overdue and charged the government to ensure that all the issues about the educational sector are sorted out before the end of the year because the government had promised to declare a state of emergency in the sector.

Austin Jadi said, “Government should declare a state of emergency in the educational sector so that our universities will remain afloat at least for the period of 10 to 20 years without any strike and if we do that, posterity will continue to judge us and judge our leaders”.

“We want to bequeath to our younger ones the future that all of them will be happy about and a good legacy rather than strike everywhere and every time. The President should put round pecks in round holes in the appointment of Minister of Education who should be a technocrat that knows what is actually happening in the educational system,” he said.