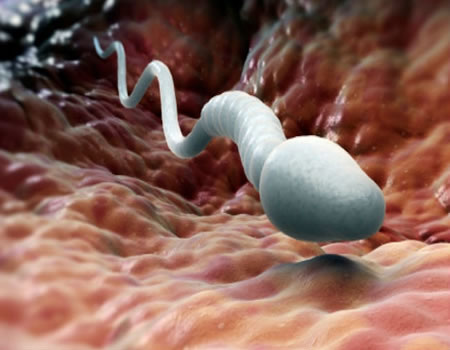 Chinese researchers who tested sperm of men infected with COVID-19 found that a minority of them had the new coronavirus in their semen, opening up a small chance the disease could be transmitted sexually, scientists said on Thursday.

According to Reuters, a study by doctors at China’s Shangqiu Municipal Hospital of 38 men hospitalised with the disease found that six of them, or 16 per cent, tested positive for SARS-CoV-2 in their semen.

The researchers said that while the findings were preliminary and based on only a small number of infected men, more research is needed to see whether sexual transmission might play a role in the spreading COVID-19 pandemic.

“Further studies are required with respect to the detailed information about virus shedding, survival time and concentration in semen,” the team wrote in a study published in JAMA Network Open.

“If it could be proved that SARS-CoV-2 can be transmitted sexually … (that) might be a critical part of the prevention,” they said, “especially considering the fact that SARS-CoV-2 was detected in the semen of recovering patients.”

Independent experts said the findings were interesting but should be viewed with caution and in the context of other small studies that have not found the new coronavirus in sperm.

A previous small study of 12 COVID-19 patients in China in February and March found that all of them tested negative for SARS-CoV-2 in semen samples.

Allan Pacey, a professor of andrology at Britain’s Sheffield University, said the studies should not be seen as conclusive, since there were some technical difficulties in testing semen for viruses. He said the presence of SARS-CoV-2 in sperm did not show whether it is active and capable of causing infection.

“However, we should not be surprised if the virus which causes COVID-19 is found in the semen of some men, since this has been shown with many other viruses such as Ebola and Zika,” he said.

Sheena Lewis, a professor of reproductive medicine at Queen’s University Belfast, stressed that this was a “very small study” and said its findings were in keeping with other small studies showing low or no SARS-CoV-2 in tests of semen samples.

“However, the long-term effects of SARS-CoV-2 on male reproduction are not yet known,” she said.

Independence: In spite of current challenges, we have so much to celebrate ― Gombe…