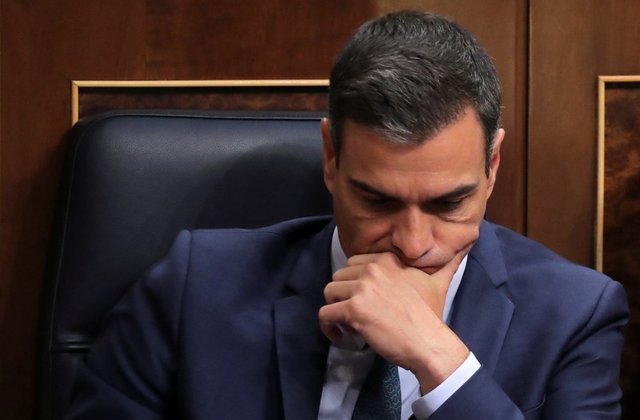 Spain’s parliament rejected Socialist leader, Pedro Sanchez’s bid to be confirmed as prime minister on Thursday, putting the euro zone’s fourth-largest economy on the path to what could be its fourth national election in as many years.

Sanchez, in theory, has until mid-September to win parliament’s backing – but the Socialists said this month they would give up trying to install him if he failed to secure confirmation in July.

The Socialist Party won an election in April but fell short of a majority. It needed the support of the far-left Unidas Podemos to be confirmed but the two parties failed to reach a deal on a coalition government.

“A deal wasn’t possible,” Sanchez told lawmakers, before adding: “I want to be Spain’s prime minister, but not at any price.”

Sanchez strongly criticised the way Podemos and its leader Pablo Iglesias had conducted the talks but did not say what his next step would be.

If he decides against a further attempt or he is unsuccessful, a repeat election will be held on Nov. 10, Spain’s fourth in as many years.

The negotiations became deadlocked on the question of what role Podemos would play in a coalition government, which would be Spain’s first in the modern era.

Three months of frequently acrimonious talks suggest that, even if there eventually was any coalition government, it could be vulnerable to similar divisions.

Sanchez lost Thursday’s vote by a wide margin, receiving the support of only his own 123 Socialist lawmakers and one from Cantabria. Everybody else either abstained or voted against him.