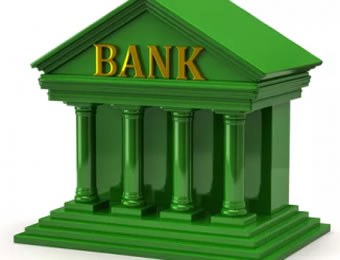 The Global Ratings agency revised its outlook on Nigeria to negative on weakening foreign-exchange (FX) reserves stemming from a current account deficit, and rising debt levels amid weak economic growth.

“We do not rate financial institutions in Nigeria above the foreign currency sovereign ratings, due to the direct and indirect effect sovereign distress would have on banks’ operations.

“We are therefore revising to negative from stable our outlooks on six banks and affirming our ‘B/B’ long- and short-term issuer credit ratings_” it stated on its latest report released over the weekend.

At the same time, S&P is lowering by one notch long- and short-term national scale ratings on five of the six banks.

The rating actions follow the outlook revision on the foreign currency rating on Nigeria on Feb. 28, 2020.

According to S &P, “We revised our outlook on the sovereign to negative because of risks stemming from further FX pressures, ongoing weak economic performance, and rising government domestic and external debt.

“We estimate the 2019 current account deficit widened to 1.5 per cent, owing largely to an increase in the goods and services import bill.”

This and lack of external issuances caused reserves to decline to about $38 billion in January 2020.

Furthermore, to counter declining reserves the Central Bank of Nigeria (CBN) continued to sell CBN bills to nonresidents and banks. In October 2019, local nonbank participants were restricted from participating in CBN auctions resulting in a large portion of CBN bills being held by nonresidents.

These holdings could be subject to changing foreign investor sentiment and a potential sell-off, thereby creating risks to current reserve levels.

Nigeria’s growth rates remain low relative to peers’ with similar wealth levels, and GDP per capita is declining. The extension of bank credit to the private sector is still weak, although in its most recent measure to boost credit, the CBN encouraged banks to increase lending by maintaining a minimum loan-to-deposit ratio of 65 per cent.

However, the banking sector’s asset quality is likely to improve gradually, with credit losses normalising at about two per cent through 2021. This will in turn support banks’ profitability and capitalisation. Banks will continue to focus on loan recoveries and closely monitor their restructured loans, which should normalise at about 10 per cent of total loans in 2020.

We believe banks’ regulatory capitalisation is less at risk today than it was in 2016. Systemwide pressures on U.S. dollar funding and liquidity eased when the CBN introduced the Nigerian Autonomous Foreign Exchange Fixing Mechanism in 2017, while external liabilities of the public and financial sectors have been rising substantially.

The agency said it would lower the ratings on the banks if it were to take a negative rating action on Nigeria (B/Negative/B). This could happen if Nigeria’s international reserves decline markedly, external debt rises significantly faster than current assumptions, or if its projections of gradual fiscal consolidation do not materialise.

“We would revise the outlook to stable if we take a similar action on the sovereign, all else being equal. This could happen if FX reserve levels rose, or fiscal deficits were to reduce faster than we project,” S & Poors stated.

Union Bank to pay dividend after 11 years, increases profit by 33%