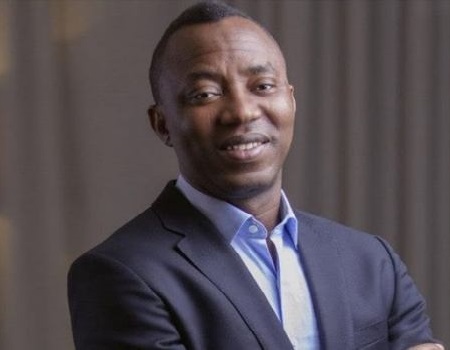 The Yoruba Council of Elders (YCE) has condemned the last Friday’s violent re-arrest of the Publisher of Sahara Reporters, Mr Omoyele Sowore by officials of the Department of State Service (DSS) less than 24 hours after he was granted bail by the court.

According to Dr Kunle Olajide, the Secretary-General of the organization in a chat with Nigerian Tribune at the Weekend in Ado-Ekiti, ” the act of the DSS was very embarrassing and a desecration of the Judiciary.”

He noted that elders in the region viewed the latest actions by the security service against Sowore as unacceptable and must be condemned by all citizens regardless of political affiliations.

He said, “It is very embarrassing. We are gradually moving towards a dictatorship with the actions of the operatives of Department of State Security Service to break into the court while the Judge is still on seat and attempt to arrest and smuggle out Sowore is indeed an act of desecration of the Judiciary.

“The first time, they invaded the National Assembly and now the third arm of government is invaded. Every right-thinking Nigerians must condemn this act and put the attention of the president to it. It is unacceptable and I am calling on the National Judicial Council to take a very drastic measure to save the Judiciary at this trying period.

“President Muhammadu Buhari administration should stop creating the impression that they are paranoid. There is no reason to kill an ant with AK47. The force against Sowore at the moment is absolutely unnecessary, no matter the information at their disposal. They(DSS operatives) must be civil in their approach because we are not in the military era.”