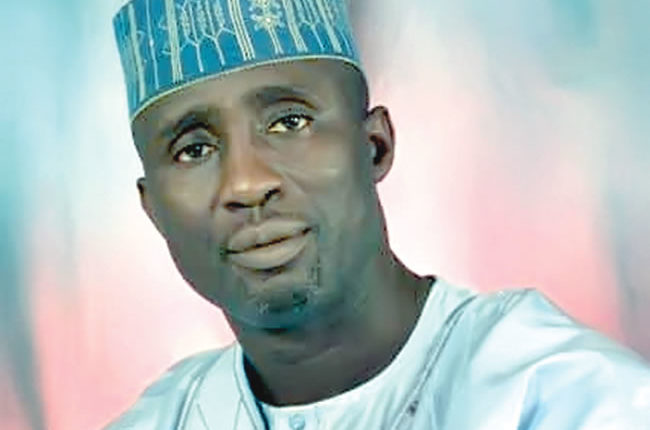 The president, Southern Kaduna Peoples Union (SOKAPU), Honourable Jonathan Asake, in this interview by ISAAC SHOBAYO, speaks about the killings and hostilities in the southern part of Kaduna State.

WHAT is responsible for the incessant killings in Southern Kaduna?

All I can say is that Southern Kaduna is presently under siege by Fulani herdsmen terrorists who are going from community to community, from local government to local government all across Southern Kaduna killing, maiming, destroying and performing all sorts of atrocities. We have found ourselves in a situation whereby it is very clear that there is a conspiracy against the people of Southern Kaduna both by the government of the day and those that are invading our communities to supplant us from our ancestral lands.

The state government imposed a 24-hour curfew in these troubled areas and yet killings are still ongoing. What is your assessment of the situation?

It has become very clear again that the 24 hours curfew imposed in Kajuru and Zango Kataf local government areas was done not to keep security because if it is for security, the killings would not have been this much but being under 24 hours curfew has only given a leeway to the invaders to continue to attack and invade our communities with impunity and none of them has been apprehended or is prosecuted and that is what we have today. For instance, in Zango Kataf Local Government Area two communities were attacked  in June where 27 people were killed in cold blood. The victins were mostly women and children and that massacre took place when the curfew was in force and during the curfew, the natives were being molested whenever they were going to their farms on the pretext of imposing the curfew. The same way they went back to a community in Zango called Gorakan and killed eleven people and wounded several others and nothing happen, anytime they attack they will run into the nearby bush and the security will not go after them and those who want to go after them will be arrested, so the victims are arrested while the aggressors are allowed to go, this is what we are going through every day of our lives in our communities.

Based on your explanation, does it have to do with land grabbing?

Grazing reserves are allocated to Fulani herdsmen to go and settle exclusively for fulanis, a typical example is the Laduka grazing reserve which is 33, 000 hectares of land, the present government in Kaduna State has increased it surreptitiously to 77,000 hectares. That is the size of some countries somewhere and the government has removed it from Zango Kataf and shifted it administratively and politically to Kachia Local Government Area without any reference to the Boundary Adjustment Commission, that is unconstitutional  and we are watching and ready to take legal steps to seek redress.

Since the beginning of this crisis, how many villages or communities have been sacked and how many people displaced?

In Chikum Local Government more than 18 communities have been displaced; over 30 schools have been closed down because of the invasion of those communities, that is our children in these communities cannot go to school even before the lockdown. So those living in these communities are simply lurking around Kaduna suburbs. Normally when communities are so invaded and displace they move to the neighboring communities and squat with relations but only for these communities to be further invaded and displace the inhabitants. We have several of such displaced persons lurking around Kaduna. Ditto for Kajuru Local Government Area, where the Adara and over thirty communities right now are displaced and the invaders have taken over these communities and no efforts from whatsoever from the government to return these people back to their ancestral land but the Fulani who pushed them out are still occupying the place. So that suggests the complicity of government in what is playing out because the government has the police and the army to apprehend such people and bring them to justice but justice is not forthcoming. So most of the Adara people of Kajuru Local Government Area are presently displaced. The paramount ruler of Adara last year was kidnapped by the same Fulani militia and ransom was paid but he was killed and up till now, no new chief has been appointed by the state government and the government is not interested in appointing a new chief for Adara but went a long way to create an Emir in that local government. In Zango kataf Local Government Area, the displaced people are now in a church in Zonkuwa  and they are over 1000 plus and we still have people running into that camp because of fear of further attack.

What is the way out of the present situation?

If the government is sincere and committed to finding peace, the government should go after these invaders that are going from one local government area to another killing mostly women and children. Government should not misrepresent fact by saying it is farmers and herders clash, those killed are not killed in their farms but in their houses. Secondly, there should be establishment of civilian and military taskforce whereby the youths will join the military to keep vigilance over the community and three that the community should be empowered to carry minimal arms to keep vigilance of their communities.

What is your position on the statement credited to the Federal Government that  incessant clashes in the Southern Kaduna are as a result of reprisal?

Mallam Garuba Shehu mentioned that, it was so unfortunate. To me it was a misrepresentation of fact, it is misleading. We have been living in peace with one another and we have other people across the country, all us have been living in peace with one another, so where are the gangs coming from? The only gang that we know is the gang of the Fulani militia that goes from community to community killing innocent people. The government should go after them if we have the rule of law in this country and the presidency should stop misleading people.