Southern governors to meet in Lagos on Monday 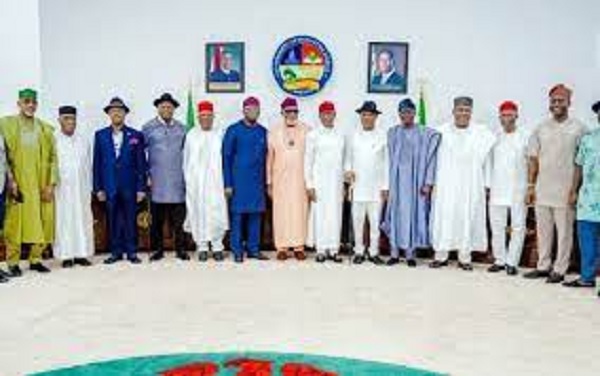 Southern governors will on Monday converge in Lagos for a meeting, following the recent one held last May 11, 2021, in Asaba, the Delta State capital, which focus was on recent happenings in the polity and security concerns in the country and particularly in their domain.

Tribune Online gathered that the planned meeting, which is to be hosted by the Lagos State, Mr Babajide Sanwo-Olu, will take place at the State House, Alausa, Ikeja, with all the 17 governors in the region expected to attend.

Besides, it was learnt that the meeting is expected to discuss the gains of the last meeting and the next move to make.

It would be recalled that the governors, at the last meeting which was hosted by Governor Ifeanyi Okowa of Delta State and attended by 15 of the 17 Southern governors, arrived at a 12-point resolution which included the banning of Open Grazing of cattle in all the states.

They also agreed that the progress of the nation required that urgent and bold steps be taken to restructure the Nigerian Federation leading to the evolution of State Police, even as they called for the review of revenue allocation formula in favour of the sub-national governments as well as the creation of other institutions which legitimately advance commitment to the practice of true federalism.

In spite of the huge investment in the water sector by the government and international organisations, water scarcity has grown to become a perennial nightmare for residents of Abeokuta, the Ogun State capital. This report x-rays the lives and experiences of residents in getting clean, potable and affordable water amidst the surge of COVID-19 cases in the state…Southern governors set  Southern governors set

The Lagos-Ibadan railway was inaugurated recently for a full paid operation by the Nigerian Railway Corporation after about a year of free test-run. Our reporter joined the train to and fro Lagos from Ibadan and tells his experience in this report…Southern governors set  Southern governors set

Militia kills another 2 in Plateau