South-West PDP speaks on ‘removal’ of Adagunodo as Osun chair 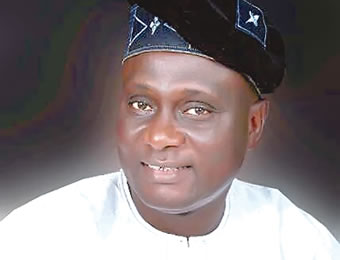 The row in the Osun State chapter of the Peoples Democratic Party (PDP) has taken a twist, with the South-West executive of the party saying it had no hand in the ongoing travails of the state chairman, Chief Soji Adagunodo.

The zonal executive explained that the clarification became imperative because of the assertion by a member of the party’s Board of Trustees (BoT) member, Senator Olu Alabi in an interview with the Nigerian Tribune in which he fingered the zonal leaders in the ‘removal’ of the chairman from office.

In a letter dated May 2, 2020 by the party’s National Working Committee (NWC) to Adagunodo, he was asked to “step aside” for his deputy so that he could appear before a disciplinary committee of the PDP over alleged malfeasance and anti-party activities.

But Alabi accused the PDP zonal leadership of being the brain behind the problem of Adagunodo, who, he said had no case to answer whatsoever.

Reacting to the views expressed by Senator Alabi, the zonal leadership through a statement by the zonal publicity secretary, Mr Ayo Fadaka, said there were “lots of inadequacies” in the statement credited to Senator Alabi on the matter on the predicament of Adagunodo.

It warned that in as much as Senator Alabi, a BoT member had his fundamental rights to vent his opinions at any time, such rights should be exercised without infringing on the rights of others.

“Conclusively, we also declare that the Zonal Executive has no hand in the current travails of Soji Adagunodo as it is only the national executive that has the constitutional rights to initiate and conclude disciplinary actions on anyone of his status in the party. We, therefore, call for patience and restraints on this score,” it stated.

The zonal PDP leadership stressed that the NWC only requested Adagunodo to “step aside” because of ongoing investigations into alleged malfeasance and anti-party activities.

Part of the statement read: “While it is a generally accepted fact that whenever any officer in any establishment is being investigated, such officer(s) may be mandatorily asked to step aside or go on forced leave, it does not in any way dictate that such officer is already pronounced guilty.

“The import of such action is to ensure that such officer does not use his privilege position and influence to subvert the course of the investigations.

“The South-West executive of the party also wishes to place on record that it does not doubt the leadership qualities of Governor Seyi Makinde who continues to provide marvelous leadership in the South-West zone, therefore resoundingly declare that he remains of great essence in the party.

“However, we want to state that there are lots of inadequacies in the comments of Chief Olu Alabi in the said interview and hereby state the following correct positions;

(1) That the tenure of the South-West executive is still subsisting, thus not expired as erroneously declared,

(2) That at no time did the national vice-chairman have any discourse whatsoever with Chief Olu Alabi on his political ambitions, thus surprised that he could so whimsically arrive at his convenient destinations without taking any trip.

(3) The “step aside” order on Honourble Soji Adagunodo is personal to him as it is grounded on allegations of his misconducts and malfeasance as chairman of the party in Osun State, however we further say that investigations of party officers are routine and therefore has nothing to fear if his hands are clean.

It is equally important to emphatically say that he has not been removed as  party chairman in Osun, but currently on leave until such time that his issues with the Party is settled.