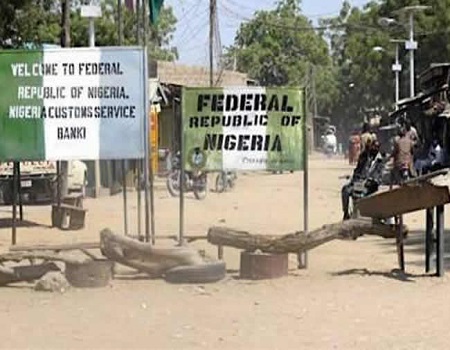 SIXTEEN months after the Federal Government imposed a land border policy nationwide, businesses and revenue-generating agencies have continued to lament a collapse in revenue collection and businesses across the South-Western region of the country.

Recall that the Federal Government announced the closure of the nation’s land borders in August of 2019 in order to curb smuggling of goods and movement of dangerous arms and ammunition from neighbouring West African countries.

For the two busiest border points in the South West, the Seme and Idiroko border points, revenue collection has dipped due to no export or import transaction taking place.

According to data obtained exclusively by the Nigerian Tribune, prior to August of 2019 when the borders were closed, the Seme Customs Command of the Nigeria Customs Service (NCS) in Lagos in 2018 generated N6.3 billion into the Federal Government coffers through cross-border operations.

According to an official close to the Command, who would not want his name in print as he is not authorized to speak on the matter, “2018 was the year that preceded 2019 when the border closure policy came into force in August. That figure of N6.3bn represented about 76 per cent of the revenue target allocated to the Seme Customs Command that year.

“The Seme Customs Command could not repeat that figure in 2019 due to the border closure policy that came into force just after its half year revenue haul. By November of 2019, the Command had only raked in N4.94bn compared to N5.07bn it raked in between January to November of 2018. That figure of N4.94bn between January and November of 2019 was buoyed by the fact that more than half of that year was devoid of any border closure activities at Seme border. Much of that revenue had come in between January and July of 2019, so by the time the border policy came into force in August that year, it only slowed down the revenue momentum which reflected in what was generated after a January to November cumulation was carried out. I am very sure that the Seme Customs would not be able to make public its revenue profile for the entire 2020 because it will be too embarrassing. The whole of 2020 has been marred by the border closure policy and what has been generated will be a far cry from what was generated in 2019 or 2018.

Also speaking to the Nigerian Tribune on the dip in revenue, spokesman of the Ogun 1 Command of the NCS which is in charge of the Idiroko border in Ogun State, Hameed Bukoye Oloyede, explained that since the border closure, revenue source for the Command had centred mainly on auctioning of seized goods.

In the words of the Ogun 1 Customs Command spokesman, “The border closure came with a price which we all have to pay to make our country better. It came with a ban on import and export activities at the border points. So, the only source of revenue for us at Idiroko has been the auctioning of seized petroleum products and other perishable goods. Although we might not be generating what we used to generate through just auctioning of seized goods at the borders, we must not lose focus of the reason government thought it wise to close the land borders in August of 2019.”

Data obtained by the Nigerian Tribune further revealed that the Idiroko border in Ogun State has an annual Customs revenue target of between N2.874bn to N3.860bn, a figure that was surpassed by the Ogun 1 Customs Command in its 2019 half year report when it generated N6.7bn between January to June of 2019 just before the borders were closed two months later.

Also speaking on behalf of the organised private sector on the implication of the continuous border closure policy on businesses in the South West region, Director General of the Lagos Chamber of Commerce and Industry (LCCI), Muda Yusuf, explained that many businesses had to close down while others had to reduce staff strength considerably just to remain in business. “I might not be able to attach a particular figure to the effect of the border closure on businesses in the South West, but we know that small scale businesses that thrive on export operations have been worst hit.

“About 70 per cent of ECOWAS trade takes place along that corridor, the South West borders. The impact of the border closure has been very enormous on the economies of the South West region due to the importance of trade to an economy. As we speak, there is no trade taking place across our borders. Nigeria is like a hub in the West African sub-region because many of the goods that are sold in these countries are exported there from Nigeria.”

When asked if exporters can take advantage of the continuous operation of the ports and take their goods through the seaports to these West African countries, the LCCI DG explained that, “Over 90 per cent of goods that are exported from Nigeria to ECOWAS countries are by road and through the borders because it is not profitable to take them by water through the ports.

“If the goods are taken through the ports, the exporters end up losing so much because of the cost attached to such channel of logistic. It’s extremely too expensive to take these goods via the ports to countries that are just across our borders.”

Re: Resolving the UNILAG CRISIS

I graduated 20 years ago, have spent 16 years working with EFCC, 40-year-old Bawa…