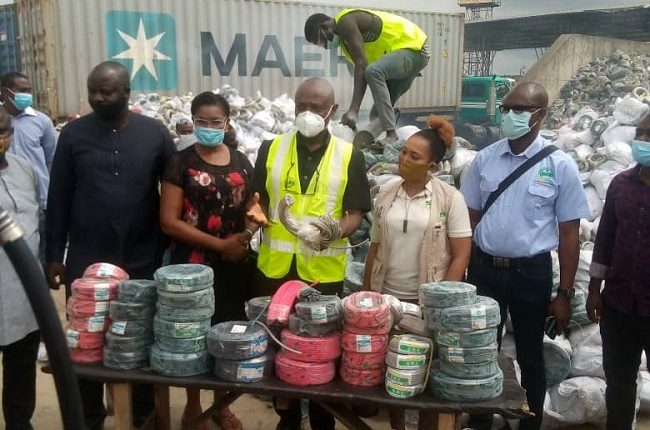 The Standards Organisation of Nigeria (SON), following raids carried out on warehouses in Lagos, destroyed substandard cables worth several millions of Naira on Tuesday.

The Director in charge of Compliance and Inspectorate, SON, Engr. Obiora Manafa who supervised the destruction, disclosed that the substandard cables were seized during SON operatives raids on warehouses across the state, saying the cables would have entered into the Nigerian markets and bought and used by Nigerians to electrify their houses.

He said: You know that we are not in the ports, the points of entry into the country, so we depend on our intelligence network. When we get information that a warehouse is keeping cables, we go there and carry out tests on the cables, if they fail the tests, we seal the warehouse until we have evacuated the products to our own warehouse for further tests and a court order for destruction.”

He reiterated the need for SON officials to be at the ports to ensure that such substandard and dangerous goods do not find their way into the country. 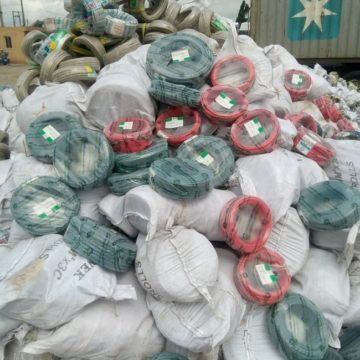 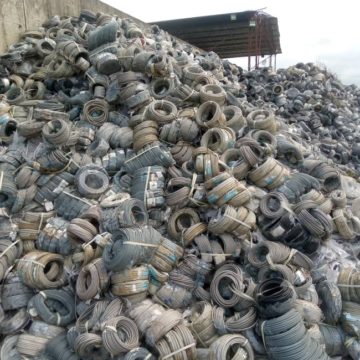 He said if there is anything like one committing suicide unknowingly, that is how to describe what would happen if the substandard cables are bought and used by for electrical wiring at homes.

“The the substandard cables failed all physical tests, and did not meet the safety requirements of Nigeria and are not fire-resistant even in insulations,” the SON Director added.

Manafa said made-in-Nigeria cables are the best because the manufacturers adhere strictly to the regulations of standards.

“We have different kinds of cables seized from warehouses of importers here in Lagos alone, and they are about four trucks altogether.

“We have other ones that are undergoing court processes and that will be destroyed once we get court orders for them, but for these ones, we have obtained a court order and we are destroying them.

“We should not allow these cables to enter any home. It is our responsibility to protect lives and property.

“It is also our responsibility to make sure that these cables do not find their ways into the markets so that people will not buy them because there are critical parameters we call conductor resistance and insulator resistance.

“They have failed these parameters woefully and we cannot allow the people to use them because these are the cables that when you go out from home and when you return, you see your house burnt,” Engineer Manafa explained.

What Caused My Rift With Oshiomhole — Obaseki
THE Edo State governor and candidate of the Peoples Democratic Party (PDP), Mr Godwin Obaseki, has said that one of the reasons his predecessor, Adams Oshiomhole is against his re-election bid is his reversal of the sale of Edaiken  Market, which Oshiomhole sold to his friends…

What I told Trump about Christian massacre allegation ― Buhari