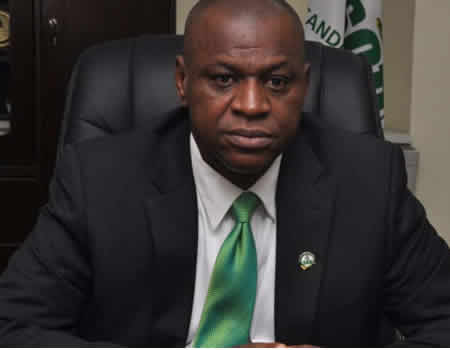 The Director General of Standards Organisation of Nigeria (SON), Mr Osita Oboloma, said that the agency had certified 197 products to its Mandatory Conformity Assessment Programme between January and February this year.

The SON boss disclosed this on Wednesday during the Organisation’s special day at the ongoing 30th Enugu International Trade Fair.

Oboloma, represented by Director National Metrology Institute in Enugu, Mr Bede Obayi, said that the Organisation was determined to protect the health of the citizens.

”As part of its mandate and in line with this resolve, SON has certified 197 products to its Mandatory Conformity Assessment Programme (MANCAP) within January and February 2019.

”SON is fully committed to the enhancement and promotion of Micro, Small and Medium Enterprises in Nigeria,” he said.

According to him, the organisation has flagged off its sensitisation campaign on 25 per cent subsidy in the sales of standards to sectors since February 2016,” he said.

He noted that the organisation carried out regular surveillance to ascertain quality and gather data on products performance in the markets.

”SON through International Accreditation Firms confirms the quality of products as meeting requirements of the Nigeria Industrial Standards before being imported into the country.

” This also done to confirm product quality and maintain an inventory of products in the markets for traceability.

” The organisation has set up a rapid response squad called surveillance, intelligence and monitoring unit to support its existing Standard Enforcement regime as well as inspectorate and compliance activities.

” In line with the provision of the organisation Act 14 of 2015, the organisation has been undertaking diligent prosecution of standard infraction in collaboration with the office of the Attorney General of the Federation,” he said.

Earlier speech, Sir Emeka Udeze, President, Enugu Chamber of Commerce and Industry and Mines, said that industry was not unmindful of the organisation’s achievement in raising the standard of products.

” We are not unmindful of the various efforts of the agency in raising the standard of products through services like standardised testing, port and border, import safety, training and technical advisory and instrumentation.

” Through product certification, SON confirmation Accreditation programme online (SONCAP) etc, we need to say that a lot still needs to be done to attain a high level of product standardization for both local and foreign products.

” Having said this, we commend the management and staff of SON for this great opportunity of this interaction and exchange of views with the public,” he said.