Some Nigerian students now get Ph.D from fake universities in less than one year, says NUC boss

Projects and thesis now on sale for N3,000 per copy, he adds 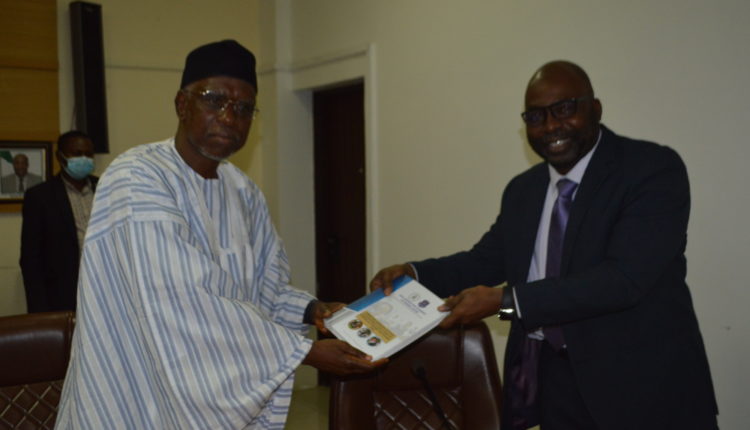 The Executive Secretary of the National Universities Commission (NUC), Professor Abubakar Rashid Adamu, has disclosed that the commission has found some fake institution of higher learning in some African countries who award Doctor of Philosophy (Ph.D) degrees to Nigerian students in less than one year of the programme.

He also disclosed that the NUC had found institutions where academic projects and thesis were on sale for N3000 per copy, adding that the commission is also worried about sexual harassment prevalent in universities.

Professor Adamu disclosed these when he led a delegation of the commission on a visit to the Independent Corrupt Practices and other related offences Commission (ICPC), Abuja recently, adding that another disturbing scenario was the influx of graduates with fake degrees from foreign institutions into the National Youth Service Corps (NYSC).

According to him, “ICPC had re-enforced the belief in Nigeria that corruption can be fought in a more civil and knowledge based manner. You have helped us by weeding out fake degree mills in time past, we need your assistance in tackling illegal universities in the name of foreign universities with centres in Nigeria.

“We have them from Benin Republic, sometimes they award degrees in six months, while our degrees in Nigeria run for four years and above. We also have a case of a university in Uganda which recruits only from Nigeria and South Sudan. There are also universities from Ghana that rent two-bedroom flats in Lagos and award Ph.D degrees in six months.”

Chairman of ICPC, Professor Bolaji Owasanoye, said that the commission would partner with NUC to tackle the menace, stressing that it was fraudulent for people to parade fake degrees.

Owasanoye said that ICPC was already handling about 12 cases of sexual harassment in tertiary institutions, adding that a conviction was recently secured against a professor in Obafemi Awolowo University.

He also urged NUC to help domesticate anti-corruption studies developed by ICPC through its Anti-Corruption Academy of Nigeria (ACAN) in tertiary institutions curriculum, which had already been embedded in secondary school curriculum.