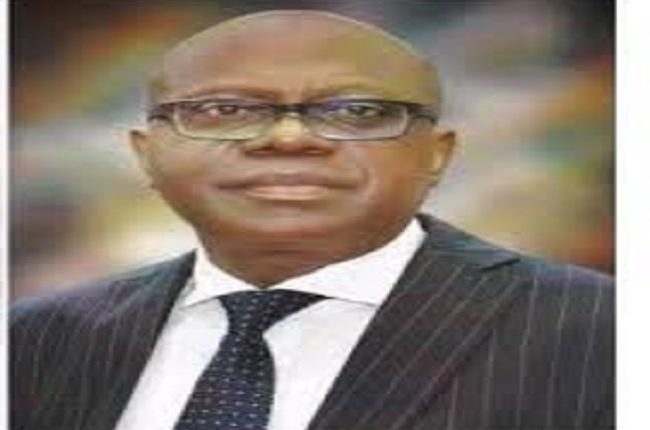 The Solicitor General of the federation of the Federation, Dayo Apata on Monday told the Senate that the N2bn provision for prosecution of Boko Haram fighters and other offenders was but a tip of the iceberg for the kind of funding required to diligently prosecute cases across the country.

Mr. Akpata said this when he appeared before the Senate Committee on Judiciary and Human Right to defend the 2021 provisions.

Senate Spokesman and member of the committee, Senator Basiru Surajudeen sought explanation on a provision of N2b for prosecution while there are similar proposal for the sum N350m and N380m.

“If you look at the the description of the expenditure on page 4, there is also the provision of N350m for criminal justice interim committee what is the relationship of that N350m budget and the projected sum under legal services in the overhead cost proposal.

“The same thing also goes on the prison decongestion if you also look at the capital proposal, the sum of N380m was allotted for prosecution of prisons inmates and decongestion of correctional centres nationwide.

Clearing the air, the Solicitor general of the federation explained that the sum of N2bn is inferior to the amount of money needed to prosecute cases in different courts across Nigeria.

He said the ministry has saved the federal government about N600bn from its decision to utilize solicitors internally as against hiring external lawyers to prosecute cases, besides the monetary benefits, the said it also birthed other benefits for the ministry manpower.

“On the issue of N2bn which is being proposed to pay ministries for legal services if you look at page four, we have already stated that it is going to be used for civil litigation.

“Let me first of all explain what are the constraints of the attorney general.

“Since 2015 sir, the office of the Attorney general of the Federation, that is, the chambers has been doing almost all the cases inside without going out for external solicitors and that alone has actually done three things for the government of Nigeria.

“Capacity building for the officers of which am also a benefiting from the second is reducing to the barest minimum, the amount of money the federal government ought to have paid.

“For example, there is a case in Enugu which the Federal government has N50m and that case will just require to send two layers to do the case, if we are looking at the two billion it cannot be compared with what we are saving from government.

“We have saved over N600bn because we now do cases in the house. So part of this N2bn is essentially to get the lawyers to attend to all the cases which are spread around the 36 states of this country and in all the courts.

“On the issue of Prison decongestion, I will come to that. The trial and prosecution of Boko Haram, you will recall that last year, we have to create a jurisdiction, a division in Kaiji Dam in which some inmates were prosecuted.

“How do you prosecute 3000, in a place, we have to bring four judges from the federal high court, we have to pay the legal aids, we had to pay a lot of fees, so, having done that N3bn is a tip of the iceberg of what it is intended to do.

“Recently in Maiduguri in Borno, there is a camp there, which we are going to do another prosecution , how do you prosecute all these, these are all the things the N2bn is going to do.

“When you now look at the specific activities on the N2bn are separate and distinct description which we are doing.”

Chairman of the committee, Senator Opeyemi Bamidele in his response to journalists after the session said it does not matter what is proposed by the ministry, the legislature would review these proposal to what it feels is right in view of the present reality.

He also pointed out that while doing this, the Senate will not ignore the peculiarity of the security challenge which has made extra-budgetary expenditure common in the judiciary, military and other areas of governance.