Sokoto to upgrade college of education to university 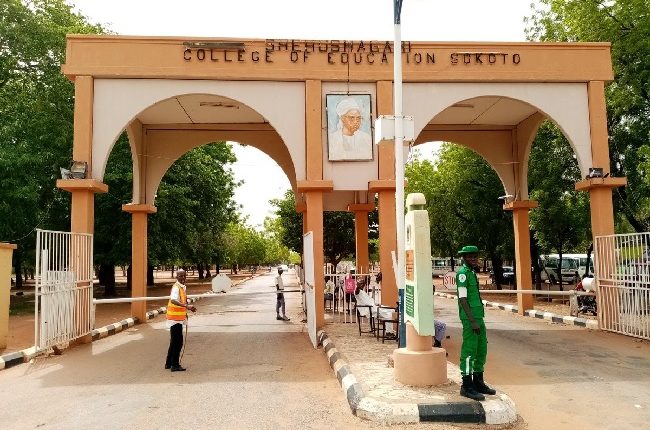 The Governor of Sokoto State, Honourable Aminu Waziri Tambuwal, has disclosed that his administration is set to upgrade Shehu Shagari College of Education to the University of Education.

The governor stated this in his remarks during the 22nd convocation ceremony as well as the Golden Jubilee anniversary of the institution on Monday.

He said he would consult with the Sultanate Council and other relevant Stakeholders.

The Governor made the pledge known at the 22nd convocation ceremony and 50th anniversary of the college in Sokoto on Monday.

The Governor, while highlighting the place of Education in the overall development of the human race, also promised to construct two additional hostels in the college to ease students’ accommodation difficulties.

He commended the College for producing manpower for not just the state but the country at large.

He said that his government had, since inception, strived to meet the international benchmark for education by allocating a handsome percentage of his annual budget to education.

Tambuwal also said his government had paid particular attention to the needs of tertiary institutions in the state.

While expressing his gratitude to the Guest Lecturer and the former Governor of Niger State, Dr Babangida Aliyu, for his goodwill and support to the college and state in general. He congratulated the recipients of the teaching license and urged them to be worthy ambassadors of their families and community by maintaining the discipline they acquired from the college.

Meanwhile, a total number of 11,348 are expected to receive their certificate during the convocation and Golden Jubilee anniversary of the institution.

This is according to the provost of the institution, Dr Muhammad Wadata Hakimi, in his remarks at the school auditorium on Sunday.

He said with the new set of graduates, the school now has produced a total number of 39, 814 graduates in its fifty years of existence.

Sokoto to upgrade college of education to university