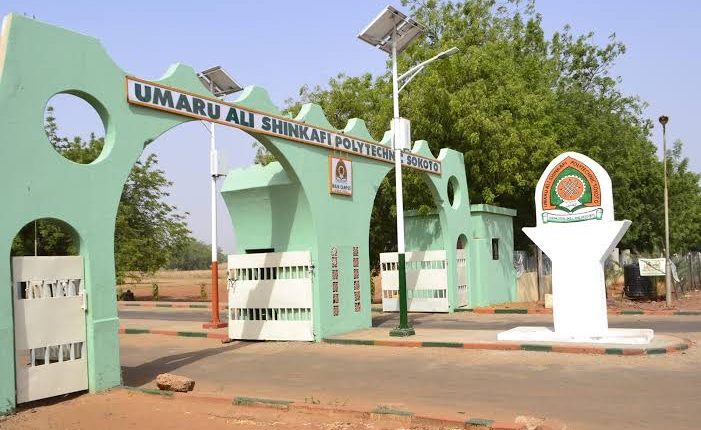 The management of Umaru Ali Shinkafi Polytechnic, Sokoto, has confirmed the death of a student, allegedly stabbed by her roommate, but debunked what it described as false claims by a medium (not Tribune), on the death of one of the student.

Speaking while addressing a press conference at the institution conference hall, the poytechnic rector, Professor Aminu Ibrahim, clarify that, though, the two students involved are both ND I and not ND II students but the incident did not happen in the school hostel as both students reside off campus.

The rector further denied that the incident has led to the school being shut, saying, “the school is not shut as a result of the incident, as school activities are still going on as scheduled. There is no protest whatsoever by any student of the institution either in the school premises or outside.

“There is no tension in Sokoto town or school premises as a result of the incident and the student alleged to be interviewed by the Newspaper is neither a student of the institution nor a member of Federated Association of Oyo State Students on our campus.”

While confirming that, the suspect is still in police custody at the Police headquarters, the rector fumed that, the medium did not balance the story as the management of the institution was not consulted in any way before the story was published.

It could be recalled that Zainab Bisola Owoade, a Public Administration ND 1 student was allegedly stabbed to death by her course mate, Nafeesat Yekini, with a knife during an argument.

Owoade gave up the ghost while being rushed to a nearby hospital and was confirmed dead on arrival at the hospital.

When contacted, the Police Public Relations Officer of the Sokoto Command, Assistant Superintendent of Police (ASP) Sanusi , confirmed the incident.

He said, “It is true that a student of the polytechnic was stabbed to death by another student. Yes, the dead student has been buried but the suspect has not been released as alleged. I can tell you that she is now with us at the police headquarters here in Sokoto.

“From what we gathered, the two girls are from the same hometown in Oyo State and the two families have settled the matter back home.

That is why she was buried while investigation into the matter continue.