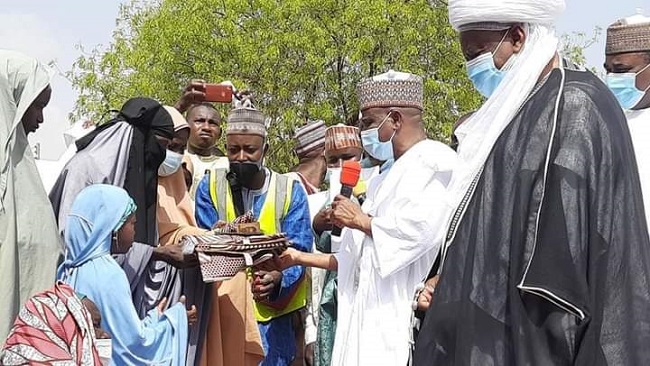 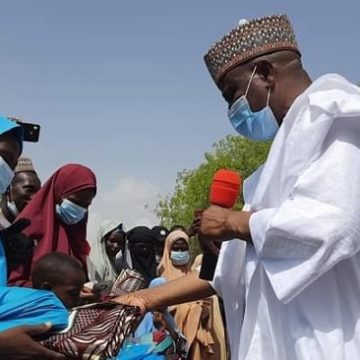 Sokoto State government has this fiscal year spent over N339 million to cater for orphans and the needy across the state under the aegis of the Zakat and Waqf Commission (SOZECOM).

The State governor, Aminu Waziri Tambuwal, disclosed this Monday during the distribution of food items and clothing materials to over 100,000 beneficiaries across delineated 87 districts across the state.

During the ceremony held at the premises of SOZECOM, Governor Tambuwal said the gesture was aimed at assisting indigent citizens, particularly women and children so that they will celebrate the forthcoming Eid-el-Fitr festival at the end of Ramadan with ease.

Commending the Sultan of Sokoto, Alhaji Muhammad Sa’ad Abubakar for his fatherly role in the state, through his effort to improve the lives and wellbeing of the people of the state, the governor called on the people saddled with the responsibility of distributing the items to beneficiaries to fear Allah in the discharge of their duties.

Tambuwal also thanked the Chairman of BUA Limited, Alhaji Abdulsamad Isiyaku Rabiu, for donating N50 million to the commission to assist it to accomplish its tasks.

In his remarks, SOZECOM Chairman, Mallam Muhammad Lawan Maidoki, said the Commission has concluded all arrangements for the distribution of food items as well as Sallah clothes and cash assistance to the needy.

He said that each district will receive 100 bags of rice, 100 sets of clothing materials and N1000 each for sewing clothes.

Equally, the sum of N500,000, he explained, will be allocated to each team in the designated district of the Commission to enable them to prosecute the stated mission.

In spite of the huge investment in the water sector by the government and international organisations, water scarcity has grown to become a perennial nightmare for residents of Abeokuta, the Ogun State capital. This report x-rays the lives and experiences of residents in getting clean, potable and affordable water amidst the surge of COVID-19 cases in the state…  Sokoto govt spends N339m on Zakat, Waqf to cater for needy

The Lagos-Ibadan railway was inaugurated recently for a full paid operation by the Nigerian Railway Corporation after about a year of free test-run. Our reporter joined the train to and fro Lagos from Ibadan and tells his experience in this report… Sokoto govt spends N339m on Zakat, Waqf to cater for needy

Insecurity: Tambuwal is a unifier of the North-West ― El-Rufai