Features
By Sulaimon Olanrewaju On Jun 5, 2020 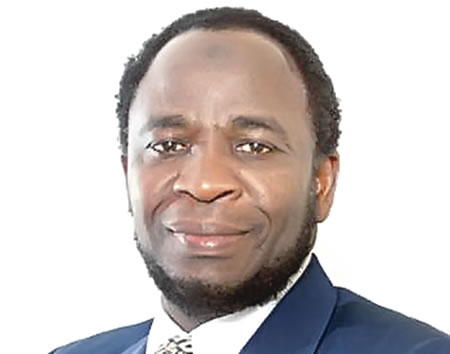 The thought of a Muslim teaching Islamic Law in a Christian university in the United States of America will naturally throw up images of discrimination, religious bigotry and recrimination. But according to Dr Yushau Sodiq, who was recently promoted a full professor of Islamic Studies and African Religions with specialization in Islamic Law by the Texas Christian University, Fort Worth, Texas, in the United States of America, where he has taught for over 20 years, his experience as a Muslim lecturer in a Christian university has been nothing but awesome.

According to him, “I have had a great experience at Texas Christian University (TCU) and I enjoy my teaching activities there.  When I came, people thought I would be converted to Christianity because I was the only Muslim Assistant Professor then. I took my teaching seriously and had great interaction with students and my colleagues. I took many developmental courses in teaching and a year course in speech to improve my accent.”

Speaking on why he opted to teach in a Christian university despite being a devout Muslim, Sodiq said, “Well, that was where I found a job in the 1990s. I had interviews at some other places, but I chose TCU because I was told that the people at my department were great human beings and compassionate. They are still great people and exhibit a great high quality of collegiality. I was well received on my arrival to the department and they are still proud of me as I am proud of them. They are an extremely nice group of people. I was the only Muslim among them until last year.”

He added, “At TCU, I teach many courses. I introduced Arabic language and taught it free for two years before the university adopted it.  I established Muslim Students Association at TCU in 1992 and it’s still very active and functioning well.  At present, I am about to retire but I have helped my department to recruit another Muslim Professor to replace me. I really enjoy my profession. TCU allows me to do what I want to do and engage in the Muslim community activities as much as I want. Of course, I am not a public guy; I do things quietly to make things happen and I care less about public appearance and recognition.”

Life for this outstanding academic, who has many world-class publications to his name, started on a fast lane. Born into a wealthy family in Sagamu, Ogun State, his cushioned background gave him access to high quality education as a child and he was able to move faster than many of his age mates. However, two things that happened in his childhood shaped his life and led him to the path which he has trodden. The first was his access to court sessions as a child. According to him, the proximity of his residence to a customary court made him fall in love with law practice. Seeing how lawyers dressed, argued their cases and cited authorities to rescue their clients from the claws of injustice birthed the desire in him to want to become one of them. So, as a child, he resolved to study law.

The second factor is that, as a teenager in 1964, his father took him on pilgrimage to Mecca. Seeing his fascination with the Saudis’ way of life, his father asked him if he would like to complete his education in the Holy Land to which he answered in the affirmative. With that, the coast was clear for him to travel to Madina in Saudi Arabia for the continuation of his studies after the completion of his secondary education inNigeria. However, in Saudi Arabia, the only law program available was Islamic Law consequently; he had to study Islamic Law.

His words, “So, when I went to Madina, Saudi Arabia, I studied Islamic Law for my first and second degrees; B.A and M.A and I loved it. However, my father hated it. When I visited Nigeria and told him that I was studying law, he was so angry and said that I should change my course and that if I completed my degree in law, I could not practice law while he was alive. Eventually, I decided to not practice law but teach it. I, later in life, did Islamic studies and African religions. But until today my specialization is Islamic Law.”

So, after the completion of his studies in Saudi Arabia, he returned to Nigeria. After the mandatory one year National Youth Service Corps program, he picked up appointment at the University of Sokoto in January 1980 as Lecturer 1 and taught law courses at the Faculty of Law up till the end of 1984, after which he sought to advance his studies in the United States of America.

He was admitted to the Temple University in Philadelphia in 1985, where he had to earn a master’s degree in Religious Studies before proceeding to do the Ph.D. He completed the master’s program in 1986 and bagged his doctorate degree in 1991. His thesis was on the Concept of Public Good in Islam.

However, after the completion of his doctoral studies, he resolved to stay back in the USA because of his belief that he would be able to accomplish his ambition of achieving excellence in his chosen career path. The decision to live in America was followed with the search for a job.

He said, “When I completed my PhD, I applied to about 37 institutions. I went for interviews in about four universities. However, I liked TCU most, even though I spent four days of intensive interview with TCU.  I did not think that I would be hired. TCU has seven years of probation period before a lecturer becomes tenured.

“When I joined TCU as Assistant Professor, other universities and institutions offered me a better salary, but I did not go because they were not tenure-track positions. TCU is a small Liberal Art University with less than 10,000 student population. I have the opportunity to interact with students as much as I can. I have an ample chance to conduct my researches with a lot of support from TCU and my department.”

A very scholarly mind, Professor Sodiq has invested considerable time and other resources studying the political and religious issues concerning the Middle East, where most of the modern religions have their source. In 2016, he was involved in the organization of a town hall meeting on “Terrorism: A Challenge to American Muslims.” He has also collaborated with others to organize many programs.

Professor Sodiq served as the Vice President, Institute of Medieval and Post Medieval Studies (IMPMS), Dallas/Fort Worth between 2016 and 2017. The Institute is responsible for generating a climate of mutual understanding and respect among people generally, and especially between Muslims and people of other faiths and cultures.

He also served as the Outreach Program Coordinator of the Association of the Muslim Social Scientists in Dallas/Fort Worth areas. From 2010, he has served as the chairperson for the religious programs for the Platform of the National Council of the Nigerian Muslim Organizations in the USA. He was also a member of the Steering Committee for African Religious Group of the American Academy of Religion from 2011-14.

Due to his industry and commitment to duty, Sodiq was promoted from Assistant Professor to Associate Professor in 1997 before his elevation to the rank of a full professor in April 2020.

Sodiq, who says teaching is his life, promises to continue teaching even after exiting TCU as a result of retirement.