Skye Bank to shore up liquidity for profitability — MD 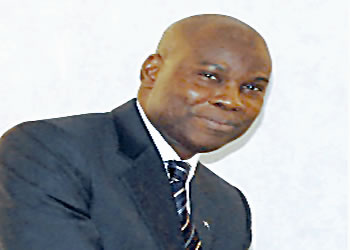 The new management of Skye Bank Plc on Friday said that they would shore up the bank’s liquidity to enhance its profitability within the shortest period.

Mr Tokunbo Abiru, Skye Bank new Managing director, made the declaration during a courtesy visit to the Nigerian Stock Exchange (NSE) in Lagos to address the market on the status of the bank.

Abiru said that the new management came on an intervention mission and would work on key areas to boost the bank’s confidence.

He stated that the bank’s cost per income ratio would be brought to an acceptable level.

Alhaji MK Ahmad, the bank’s new Chairman, assured the shareholders, depositors and customers that the bank was not in distress and would be stabilised.

Ahmad explained that the bank had just corporate governance issues which would be addressed within the shortest period.

Ahmad said the past management had to go because they tried their best in addressing the issues but could not solve them.

He said that the apex bank had stated categorically that it would support the bank no matter “whatever it takes”.

Alhaji Rasheed Yussuf, the doyen of stockbrokers, called on the management to work on strategies that would turn round the bank.

“You need to work very hard and fast to assure the shareholders on strategies to revitalise the bank.

“You have a lot of the bank’s share on offer and nobody is buying,” Yussuf said.

He said that the management needed to come out with its plans to assure the shareholders.

Yussuf said stockbrokers would work with the management team to boost investor confidence.

Mr Godwin Emefiele, CBN Governor, said that Skye Bank’s non-performing loan ratio had been above the regulatory limit for a while and it had met with Skye’s board to resolve the issue,

“The basic issue is capital adequacy and liquidity. From what we see adequacy ratio in the bank has been weakening and we don’t want it to get to a point where depositors will be at risk,” Emefiele said.

Skye Bank is designated as one of Nigeria’s systemically important banks due to the size of total sector deposits it holds after the acquisition of Mainstreet Bank. This means it has to hold more capital.

Emefiele said the central bank had conducted a stress test and decided to replace the chairman, chief executive and all non-executive directors after they failed to recapitalise the bank.

He said Skye had been a net borrower from its rediscount window for “sometime.”

Kano NLC sues for patience over on-payment of salary