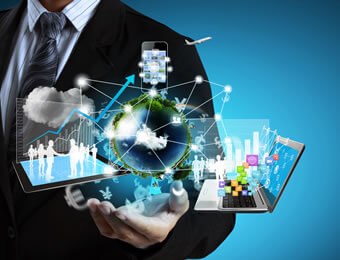 This March, a team of Nigerian students, who emerged first place alongside students from Tanzania, Kenya and Angola, are to represent Africa at the global stage to compete for the world Information and Communications Technology (ICT) title in Huawei Technologies’ flagship ICT development programme set to hold in China in May this year.

The Nigerian team of students ranked number one, leading with a dominant score of 790.4, followed by Tanzania with 745.6, then Kenya with 737 and Angola with 700.8.

The regional competition finals consisted of 14 teams (with 42 students) from 11 countries in Africa, which participated in theory and practical examinations on cloud computing, artificial intelligence, mobile networks and big data.

The regional finals consisting of 42 African students divided into 14 teams participated in theory and practical examinations on Cloud Computing, Artificial Intelligence, Mobile Networks and Big Data. Together with second prize winners, Angola and Kenya, the four teams will travel to China for the global finals, which will see 40 teams from around the world compete for the championship title. The six Nigerian students have also been offered job opportunities in Huawei Technologies Co. Nigeria Limited to further improve their skills and experience.

The ICT competition developed by Huawei Technologies comprising of a national preliminary contest, regional semi-final and Global final was first launched in 2015.

It will be recalled that in October 2018, Huawei launched the ICT competition in ,in partnership with local universities aiming at cultivating local ICT talents, promoting a greater understanding of and interest in ICT and developing a healthy ecosystem for the sustainable growth of the ICT sector.

The launch ceremony was graced with the presence of the Minister of Communications, Barrister Adebayo Shittu, who commended Huawei Technologies for partnering with the Nigerian government to achieve a great feat in the history of the country’s ICT sector.

The Chairman of the Nigerian University Management Committee, Professor Abubakar Rasheed; presidents of participating universities, and the representative of Ministry of Education also attended the ceremony.

We’re trying to raise the bar at NCC —Danbatta

Yar’adua Foundation, 29 others to lose property worth N4.8bn to FG ― ICPC

Samsung showcases premium camera experiences with Galaxy A71, A51