Sitting at home or at work: Which is worse for heart health? 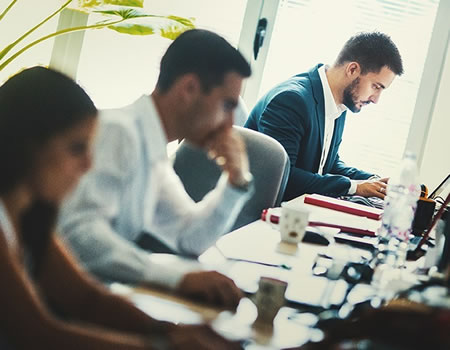 New research has found that not all forms of sedentariness are equal when it comes to the extent to which they put heart health at risk.

We already know that a sedentary lifestyle, in which a person sits down for long periods every day and gets little exercise, is bad for health in general and heart health in particular.

However, in a new study, researchers from the Vagelos College of Physicians and Surgeons at Columbia University in New York City, NY, have found that there is a difference between occupational sitting (sitting at work) and leisure time sitting (sitting at home, watching TV).

The researchers worked specifically with a cohort of African American people, aiming to fill a gap in the research to date, which has primarily focused on white Europeans. Nevertheless, they believe that despite the specificity of the study cohort, the findings could apply to everyone, regardless of ethnicity.

And, the investigation revealed a — perhaps surprising — distinction: The time that a person spends sitting on the couch at home, watching TV, is much more likely to increase their risk of heart problems than the time they spend sitting at work.

“Our findings show that how you spend your time outside of work may matter more when it comes to heart health,” explains study author Keith Diaz, Ph.D.

The solution to this problem may be to spend more time being not just active, but intensely active, the researcher notes.

“Even if you have a job that requires you to sit for long periods of time, replacing the time you spend sitting at home with strenuous exercise could reduce your risk of heart disease and death,” says Diaz.

Diaz and team explain their findings and suggest a possible explanation for these results in a study paper that appeared yesterday in the Journal of the American Heart Association.

Chilling on the couch raises risk by half

The researchers analyzed data for a cohort of 3,592 participants who had enrolled in the Jackson Heart Study, a community-based study focused on the causes of cardiovascular, renal, and respiratory diseases among African Americans.

Diaz and team found that people who reported sitting and watching TV for 4 or more hours each day had a 50% higher risk of cardiovascular problems and premature death compared with individuals who sat in front of the television for 2 hours or less per day.

However, the same increase in risk did not apply when the hours of sitting took place at work — participants who sat for extended periods in the office did not have a higher cardiovascular risk than those who spent little time sitting at work.

The fix? The researchers suggest that replacing some TV downtime with moderate to vigorous exercise could counteract the increase in cardiovascular risk. In fact, they noted that individuals who sat watching TV for 4 or more hours each day but also did 150 minutes or more of exercise per week did not have a heightened risk of heart health issues or premature death.

When possible, opt for movement

It is unclear why leisure time sitting is potentially more harmful than occupational sitting, but the investigators believe that fully uninterrupted sitting might explain the distinction.

“It may be that most people tend to watch television for hours without moving, while most workers get up from their desk frequently,” says Diaz.

Another possible explanation may simply be the timing of leisure time sitting. “The combination of eating a large meal, such as dinner, and then sitting for hours could also be particularly harmful,” adds the researcher.

Although the study suggested that leisure time sitting trumps occupational sedentariness when it comes to health risk increases, its authors point out that any type of sedentariness has the potential to harm health.

Thus, Diaz continues, while “[w]e recognize that it isn’t easy for some workers, like truck drivers, to take breaks from sitting, […] everyone else should make a regular habit of getting up from their desks.”

The takeaway from the current research, this author points out, is that “what you do outside of work may be what really counts” when it comes to safeguarding well-being. Moreover, he stresses that any and all activity is important — what matters is to get up and move a little.

Pimples on my vagina