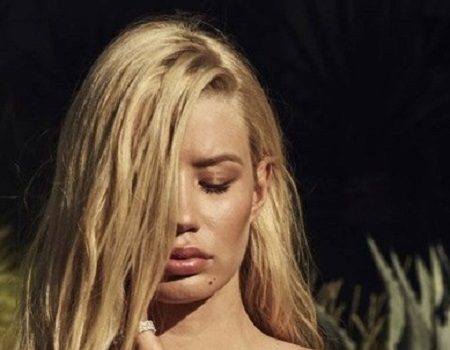 AUSTRALIAN American singer, Amethyst Kelly, a.ka. Iggy Azalea,28, would be pressing charges against those that leaked her nude photos.

Azalea, whose nude photos were taken during a shoot she did for GQ years ago were released, despite been assured of privacy and never meant to see the light of day.

The rapper was forced to deactivate her social media accounts on IG and Twitter due to the mean comments directed at her after the photos went viral on the internet.

She later reactivated one of the accounts to issue a statement, explaining that the shots were taken from her 2016 GQ Australia cover shoot, and made public without her permission.

According to her, the leak is an invasion of her privacy and makes her feel blindsided, embarrassed, violated and a whirlwind of other emotions.

“I fully intend on finding out where the leak originated from and pressing criminal charges in regards to this. It’s important to me that someone actually be held accountable for their actions & the way it impacts my life.”

Meanwhile, the photographer who shot Iggy for GQ Australia’s cover that year, Nino Munoz on his Instagram handle @ninomunoz has reacted to the nude photos, saying that the photos were stolen and published without his permission.

He added that an investigation is underway and vows that the culprit will be prosecuted.

“I am outraged and saddened to find out that images of mine were stolen and published without my permission. There is currently an investigation underway.

“Posting these stolen images is illegal and anyone who has done so will be prosecuted. I empathise with any situation this has caused to anyone that is involved.’’