• As Reps wind down investigative hearing into SIM swap fraud 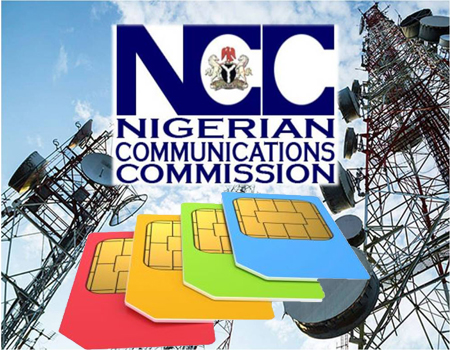 Nigeria Security and Civil Defence Corps (NSCDC) has so far arrested and prosecuted 113 Internet fraudsters in 2019, in its quest to halt the unabated cases of SIM Swap and Internet banking fraud in Nigeria.

The details of the arrest were contained in the memorandum presented to the Ad-hoc Committee investigating the unabated cases of SIM Swap fraud chaired by Hon Abubakar Fulata.

According to a report published in 2018 by the Nigerian Inter-Bank Settlement System (NIBSS), Nigeria’s banking industry had lost between the whooping sum of N12.30 billion to various frauds between 2014 and 2017.

In its report submitted to Hon Fulata’s Ad-hoc Committee, NSCDC carried out the arrest and prosecution on cases bothering on: illegal SIM registration, unauthorized use of 5.4GHz frequency spectrum by some public and private institutions, use of expired communication licenses, illegal sale of foreign SIM cards and tariff and unlawful interferences into assigned licensed frequency.

Authorities of Nigerian Communications Commission (NCC) stated that during the analysis of samples of 1,750,579 SIM swaps carried out by 4 Mobile Network Operators (MNOs) between June to August 2019, 86.59 per cent approximately 1,515,832 SIM swaps complied with the criteria set at the industry level.

“Please note that the Commission has already issued pre-enforcement notices to all MNOs to explain the circumstances leading to SIM replacements without full supporting documents as specified in Paragraph 6 of the Commission’s guidelines on SIM replacement, 2017,” the report read in part.

Part of the challenges enumerated by the Commission includes the need for a new process for SIM upgrade to encourage the process and improve the quality of service in the industry; need to standardize the process of corporate Sim swap; dealing with SIMS belonging to deceased subscribers, hot listing issues around temporary restrictions of phone lines.

The Commission also considering the need for a review of the requirements for frequency dialled numbers (FDNs) and also grant view-only access to the SIM REG data to MNOs customer care/shops.

Also in its submission before the Committee, EFCC which quoted the NIBSS report on the N12.30 lost to various frauds between 2014 and 2017, also noted that: “further analysis reveals that mobile trailed fraud accounted for N347.65 million loss on 5,055 fraud volume with diver stating observance of paradoxical decrease in general fraud but increase in mobile fraud trend.

So far EFCC has investigated over 20 cases of SIM Swap fraud which led to the loss of huge financial loss, through which the fraudsters carried out transactions between Thursday and Friday since banks are closed on weekends making it difficult for customers to hinder their nefarious activities by filing a report at their banks on Saturdays or Sundays.

As contained in its 8-page submission, Nigeria Police alleged that “the illicit flow sometimes involves the purchase of large foreign currencies in cash from unsuspecting Bureau-de-Change (BDC) operators who receive electronic transfers from fraudsters walk-in customers.

“The scale and spread of a typical scam could be daunting and almost frustrating but for us, it is a combination of some or all of the crimes of conspiracy, fraud, fraudulent representation, identity theft, forgery, uttering, stealing and money laundering. E.g. a case charged to Federal High Court Lagos on 16th July 2017 by the Police Special Fraud Unit Lagos involved 4 career fraudsters, 4 staff of 2 commercial banks and 2 staff of a telecommunications company.

“The syndicate executed SIM swaps on mobile telephones linked to 4 bank accounts from where over N600 million was transferred electronically over a weekend in Lagos. The money was subsequently moved to 40 other accounts all over Nigeria,” the report read in part.

According to its report, a total of 38 complaints relating to SIM swaps were received during the period under review out of which 90% have been resolved either by reversal or arrests by law enforcement agencies.

In its recommendations toward ending SIM swap fraud, MTN noted that: “With regards to financial transactions, banks need to assume full responsibility of security of customer’s funds in their bank accounts.”

Sequel to the conclusion of the 3-day investigative hearing, the Ad-hoc Committee is expected to submit its report and make recommendations to the House for consideration.

Strategy in place to deal with insecurity in South East ― NSCDC