• Inducts Obi of Onitsha to club 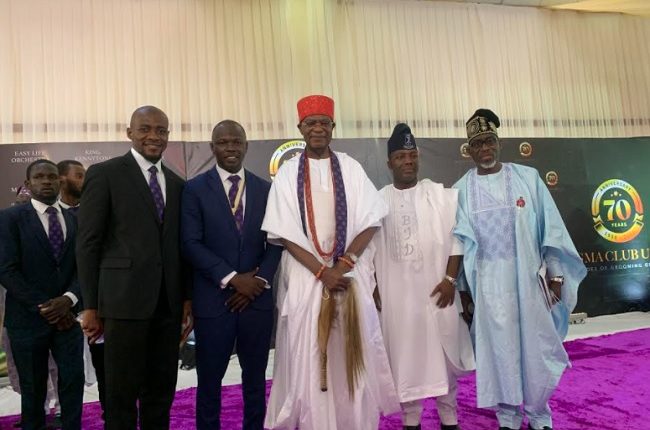 Sigma Club at the weekend staged a walk to create awareness against drug abuse, just as it inducted the Obi of Onitsha as an honorary member of the club.

The event themed “Sensitising Nigerian Youth on the Danger of Drug Abuse, and Donation to Worthy Causes” was organised to celebrate the club 70th anniversary.

Dr Femi Oyamakin, a member of the club and lecturer at University of Ibadan said that the walk was organised to raise awareness to the growing substance abuse problem in the country and the need to curb it.

He said, “The level of substance abuse is getting extremely high. Some people because of lack of courage because of systemic failure in Nigeria, a lot of youths today are not confident are not competent. It is only a confident man that is competent so a lot of them lost their self-esteem and they reverted to drugs usage just to give themselves feel.

“You discover that it is extremely alarming now, and there is no better time to look at that area than now. In fact, it has degenerated into primary schools and all that. You now have adolescents getting involved in drugs, some of them are now dying in their young adulthood.

“We need to give them information as to what they need, how they can bring themselves up, how you can stand on your feet despite the systemic failure in the country, you can still stand out and still make your voice known, you can be heard without resorting to violence or drugs or criminality.”

He said, “Sigma club is a club that has been in existence since 1950, and we are marking our 70th Anniversary today. It is the only surviving student club in Africa South of Sahara. It is a club that is synonymous with social and philanthropy which is we try to engage the youths to apply their energy in the right direction by engaging in social activities.”

Meanwhile during the celebration, the Obi of Onitsha, Igwe Nnaemeka Achebe was inducted as an honorary member of the club.

Igwe Nnaemeka was inducted into Sigma Club’s roll of honour at a ceremony that was graced with the presence of several dignitaries, including the former President of the Ohanaeze Ndigbo Worldwide, John Nwodo.

The Obi in his address said, “Nigeria is capable to transform all of our challenges to prosperity. This is where the universities have major roles to play. This is why they award people in character and learning. I have observed very carefully the challenges are basically a result of displacement of our core values.”