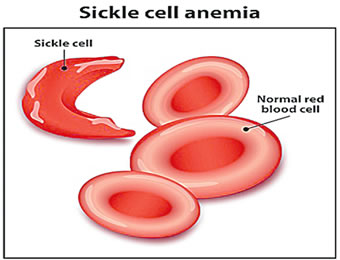 June 19 of every year is the World Sickle Cell Day and I say happy belated celebration day to all persons with sickle disorder. I wish you many happy returns of the day in stable clinical state.  Sickle cell disorder is one of the most common and inherited disorders in the world with three quarters of cases occurring in Africa. In Nigeria, over 40 million people are healthy carriers of the sickle cell gene and the prevalence of sickle-cell Anemia is about 20 per 1,000 births. Sickle- cell anemia is one of the causes of ancient infant death which with better management has not only improved on the survival to adulthood but also touched on the quality of life. In the past most of the infant deaths were attributed to spiritual forces, especially that of the ‘ogbanje’ evils. With the advent of science, we now know better.

Conservative management of sickle-cell anemia brings reprieve to the patients but total care would have been the better option, hence the need for the search for the cure of sickle-cell anemia. The thorough search for the cure is left for the expert in the field but for what the sickle cell day stands for, which is to create awareness on the aetiology, presentation, management and prevention of the disease, this piece will often time educate or remind us of the complications of this largely preventable disease. A woman was annoyed with her parents simply because they did not do her blood genotype before she wedded her husband who had the blood genotype AS. She was equally AS and all their children were SS. She lamented when the children were being admitted into the hospital in quick succession. Would this problem have been prevented?  Yes probably she would have married a man with the blood genotype AA. Without running foul of human right, spiritual faith or act of love, probably if the couple had done their genotype with good understanding, they wouldn’t have married each other. I  believe genetic counselling is the best cure here.  Below are a few layman tips on sickle-cell anemia.

What is sickle-cell anemia?

Sickle-cell anemia is the most common form of sickle cell disease (SCD). SCD is a serious disorder in which the body makes sickle-shaped red blood cells. “Sickle-shaped” means that the red blood cells are shaped like a crescent. Normal red blood cells are disc-shaped and look like doughnuts without holes in the centre. They move easily through your blood vessels. Red blood cells contain an iron-rich protein called hemoglobin. This protein carries oxygen from the lungs to the rest of the body.

In sickle-cell anaemia, the numbers of normal red cell is reduced and give symptoms to the patients. Normal blood cells live about 120 days in the bloodstream and then die. They carry oxygen and remove carbon dioxide (a waste product) from your body. In sickle-cell anemia, the abnormal sickle cells usually die after only about 10 to 20 days. The bone marrow can’t make new red blood cells fast enough to replace the dying ones.

I have nothing against my manager —Iyanya