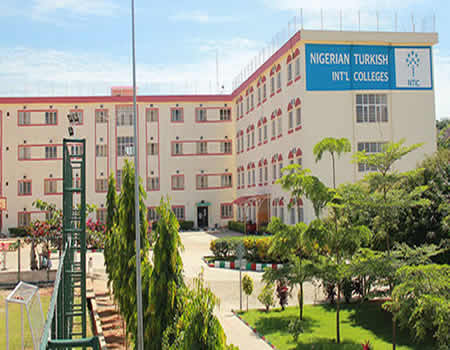 CHEERING news came on the abduction of students and staff of Nigerian Turkish International College, as one the students who became ill and was taken out for treatment had returned to the abductors’ camp.

This was just as reports of disagreement among the parents of the abducted children made the rounds, with some of them urging others to raise money for ransom.

One of the abducted students, said to be a sickle cell carrier, had reportedly developed complications in camp, forcing the abductors to take her out of the camp for treatment.

A close relation of one of the abducted students said: “What we heard again was that the girl with the sickle cell disorder had returned to camp.”

He added that the kidnappers saw that her case was beyond what they could buy drugs to treat, so they took her out of the camp; “but she is back there now.”

The family source also disclosed that some of the parents of the kidnapped students were becoming impatient with the non-release of their children and were urging others to raise money.

“Some of them have expressed their readiness to pay, but others said they could not afford such huge amount and it is causing disagreement among them,” the source further said.

It was gathered that suspects arrested in connection with the abduction were traced after some of their relations were arrested.

A police source said that “the suspects were traced to where they were arrested after they had been told that their father or mother had been arrested.”

Meanwhile, the House of Representatives, on Thursday, summoned the National Security Adviser (NSA), the Director-General of the Department of State Service (DSS) and the Inspector-General of Police (IGP) over the abduction of staff and students of the school.

This followed the adoption of a motion moved by Honourable Ibrahim Ayokunle on Thursday at a plenary entitled: “Appeal for intensification of search and unconditional release of teachers, workers and students kidnapped from the Nigerian Turkish International College, Isheri, Ogun State.”

The men were summoned to brief the House on efforts being made to secure the immediate release of the victims who had been in the custody of their abductors since last week.

The lawmaker urged the House to call on the Federal Government to adopt a holistic approach of engagement in tackling the menace by involving local vigilance and community development associations in intelligence gathering and crime fighting.

Most of the lawmakers who spoke in support of the motion expressed concern about the development and pleaded with the abductors to immediately release the victims on humanitarian ground.

When the Deputy Speaker, Honourable Yusuff Lasun, who presided over the plenary, put the amendment that the House should summon the trio to brief the members of the efforts being made to rescure the victims into voice vote, it was unanimously carried and supported.